Monsters walk the streets of Chicago. So do werewolves.

The Beast Killer terrorizes Chicago’s near north side, and Vincent, a retired police profiler, must untangle the mysteries of the Church, the F.B.I., medieval folklore and his own internal beasts.

Can a vulnerable street waif unlock the mysteries of sorcery and madness? Behind the facade of an old Italian neighborhood, do werewolves really prowl? As Vincent struggles to separate reality from nightmare, ancient truths from modern deception, he must protect his family and solve the mystery of the young woman—and keep himself from falling desperately in love. 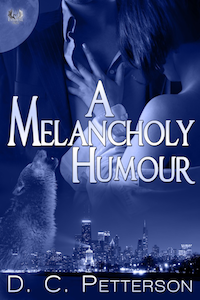 The hopelessness of my search hit home--too many places to hide. I couldn’t possibly find him. What would I do if I did? More than likely, this young man had no connection to the murders. Maybe he had some other reason to run from someone who’d been standing with the police--a connection to drugs, or a history of juvenile misconduct. The alternative frightened me. I shouldn’t be chasing someone who might have committed those brutal killings. I could well become the next victim.

What a stupid thing for me to have done.

I slowed to a trot, gasping for breath. Something dark caught my attention, lying on the ground in the shadows of a canyon between two of the houses facing Oakley. It fluttered in a passing breeze. I came close, reveling in the shade, protected from the searing sunlight. I saw a dark t-shirt, identical to the one the young man had been wearing in the park. I could imagine him stripping it off as the heat of the sun beat down mercilessly. My own sport shirt hung on me like a wet towel. Still on his trail. I really should turn back...

I crouched, putting my hands on my knees to rest after the exertion of the run. From the corner of my eye, I saw movement. A black shape separated itself from past the house on my right and flowed into the shadows where I stood.

It was an enormous dog, well over a hundred pounds. I couldn’t place the breed. Its sleek black fur glistened, its bushy tail curled up over its back. It had a collar of bristly silk, almost like a lion’s mane. It lowered its head, and its eyes glowed at me like a pair of gleaming emeralds. It snarled and trotted toward me.

I took a step back, then another. The animal glided closer and I shrank away, shuffling faster. I stumbled and fell, sitting down hard on the grass. The dog still kept on, came at me and gave a snort and a low growl. I leaned back on my hands, my pulse pounding in my ears, and tried to scrabble backward on my hands and feet.

The dog came close, reached me. Sitting back as I did, my eyes were on a level with its belly. I could see it was male. It sniffed at my face and I felt its hot breath on my cheek. Its black fur radiated heat. Those green eyes burned like poison gas rising from a swamp. He growled, and his wicked teeth were rows of ivory knives.

I cowered away. The beast circled me, stepping crabwise. His forelegs seemed to twist impossibly, as if jointed in some decidedly uncanine way. He sidled behind, then to my other side, then in front. He barked and snarled, and I flinched. He glided sideways to stand directly in front of me, straddling my outstretched legs. Then his ears went up and he paused, head tilted to one side.

I heard a distant sound, high-pitched, a howl, mournful and heartbreaking. It went on for three heartbeats, rising in tone. The dog raised his head and shook, then barked--deep, low and full-throated.

The howl died--had I heard it at all? It had been distant, on the verge of silence, perhaps no more than the blood coursing in my ears.

The dog snarled again, moved closer still and lowered its head toward me.