Devon is a shy and anti social teen with a talent for drawings. On one of his solitary routines, he meets Selia, a mysterious, sad teen with a sudden interest in him. He reluctantly lets her tag along and both become friends. Soon, however, Devon begins to unravel Selia’s dark past. Will he find a way to help her? 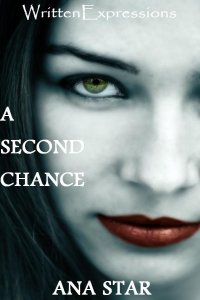 Devon walked slowly toward the entrance of a convenience store. As he opened the door, a tall girl with long black hair stared at him through the glass. He noticed she held onto a brown leather briefcase. Odd girl, he thought as he entered the store. With the sleeve of his black shirt, he wiped the sweat from his forehead and hurried toward the back of the store where the beverage coolers were located.

His reflection caught his attention and he stared at the freckles on his cheeks. “Still there, eh?” he whispered, disappointed. He combed his reddish hair and pushed the glasses higher on his nose before he opened the cooler and selected his favorite soda. Walking back to the front, he paid the cashier and then exited the store. Outside, he opened his bottle and took a sip. As he savored the sweetness and carbonation in his mouth, he contemplated the bottle and mumbled “mmmm”.