A Will To Love

A Will To Love is a British romance set in the Peak District.

Annalise King has inherited a small legacy from her natural father, but when Murray Campbell barges into her life accusing her of stealing his stepmother's inheritance, she realises there's more to this legacy than meets the eye.

The situation is complicated by the almost irresistible attraction Annie and Murray feel for one another which is pulling them apart. Will they ever be able to find happiness together? 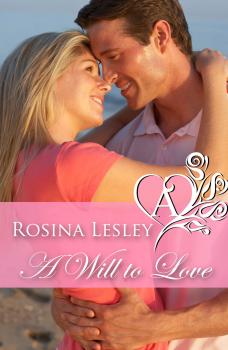 A Will To Love

‘Annalise King?’ He spoke before she had a chance to utter a formal shopkeeper’s welcome.
‘I’m Annie King, yes.’ She was surprised not only by his knowledge of her name, but of her full name.
‘My name is Murray Campbell.’ He remained still, watching her face for a reaction. Puzzled, she searched through her memory, wondering if she should have heard of this rather intimidating stranger.
‘I’m sorry, I don’t ...’ she began, hesitantly.
‘Know me?’ he interrupted. ‘No, you don’t. But you will.’
It sounded unaccountably like a threat, and Annie drew herself up, bristling.
‘Perhaps you’d be kind enough to explain, Mr … Campbell, I think you said?’
‘I think it might be better if we weren’t to be interrupted.’ He looked round - disparagingly, Annie thought. ‘Have you a back room? An office?’
‘Here will do fine, Mr Campbell.’ Annie set her lips in an uncompromising line.
‘I think not, Miss King.’ He turned to the door and flicked over the “Open” sign, releasing the catch on the Yale lock as he turned back.
‘How dare you?’ Annie gasped in outrage and sudden fear.
‘Oh, I dare, Miss King.’ An eyebrow lifted mockingly. ‘And now, shall we retire?’
‘No.’ Annie felt the fear churning in her stomach. ‘I would prefer to stay in full view of the public.’
‘I am not a rapist, Miss King, or a murderer.’ He let out an irritated sigh. ‘I wish to talk about your mother.’
The quality of Annie’s fear changed. ‘My mother? Why? What’s happened?’ She took a step forward and stopped. ‘You’d better come upstairs.’ she said abruptly, turning towards the little doorway at the back of the shop.
The upstairs room was part stockroom, part office and part kitchen, with no concessions to comfort. The one chair was a straight-backed kitchen chair behind the table that served as a desk. Annie turned in the middle of the room, folded her arms and waited.
‘Your mother was Linda King?’ Murray Campbell closed the door behind him and walked over to take a position by the handsome, if redundant, fireplace.
‘Was?’ Annie whispered, her heart lurching into her mouth.
‘Well? That was her name before she married?’ His brows came together in a formidable frown.
‘Yes, but …’
‘Is she still living in Cornwall?’
‘Look, what is this?’ Annie mastered her quavering voice. ‘Have you something to tell me? Has something happened to my mother?’
‘I have no idea if anything has happened to her. I am merely concerned to locate her and ascertain that I have my facts correct.’ Murray Campbell looked round and placed his briefcase on the desk. He paused with his fingers on the catches and looked across at her. ‘So, is she still in Cornwall?’
‘Yes, she is, but if you knew that, why did you come to me? Why not go direct to her?’
Murray Campbell opened his briefcase and took out a sheaf of papers. ‘I’m coming to that,’ he said, leafing through them until he found what he was looking for. He looked up. ‘Your mother is Linda Drew, née King, formerly of Basingstoke Road, London, SW16?’
Annie’s head was whirling. ‘That was where we lived when I was little, yes.’ She drew a deep breath. ‘But I don’t understand …?’
‘And you are her daughter, Annalise King?’
‘Yes, I’ve already said …’
‘And your father?’
Annie felt the colour rushing into her cheeks. ‘I don’t see that my father has anything to do with you!’
‘On the contrary, Miss King, he has everything to do with me.’ He referred briefly to the papers in his hand before laying them back in the briefcase. ‘The name of the father on your birth certificate is Henry Tallon-Smythe?’
Annie lifted her chin and looked him in the eye. ‘Yes.’
‘At the time of your birth, Henry Tallon-Smythe was married to my mother.’
Shock waves seemed to reverberate around the room and Annie found herself bereft of speech. This man was her brother? She was conscious, among all the emotions fighting for ascendancy, of an acute disappointment.
‘So you see, Miss King, your father does have everything to do with me.’ He smiled cynically.
‘You … you …’ Annie found it hard to put into words. ‘You’re … my …’
‘No, not your brother, or even your half brother, Miss King, thank heavens.’ He threw her a distasteful look. ‘As I said, my mother and your father were married at the time of your birth. I was born several years previously – fairly obviously – while my mother was still married to my father.’
Quelling an unaccountable sensation of relief – though why shouldn’t she be relieved at not being related to this obnoxious man? Annie released her pent up breath.
‘What happened to him?’ she asked.
‘I don’t see what that has to do with you,’ he said coldly, echoing her own words.
‘In the circumstances, I think it has quite a lot to do with me. Are we related at all?’
‘No. My mother and father were divorced a long time before you were born.’ He turned away to study his papers – unnecessarily, Annie was sure.
‘Oh? And whose fault was that?’ Annie was gaining in confidence.
‘What on earth does it matter?’ He was irritated, suddenly pulling off his gloves and stuffing them carelessly into the pockets of his overcoat.
‘I have the feeling that it might,’ said Anne shrewdly, and he shot her an almost admiring look, quickly replaced by the cold mask that appeared to be his habitual expression.