Criminal masterminds scheme and strategize. Would be-world conquerors plot global domination. Alien armadas amass and invade. All opposed at every turn by the Sentinels, brightly-garbed defenders of justice with unimaginable powers and abilities. More than human, more than mortal. Metahuman. As powerful and glorious as gods, sworn protectors of Argo City and her citizens. And on the streets below, Will Miller watches.

Will's wife, Margot, is active in the PTA, drives her kids to soccer practice in her minivan, and has a husband who adores her. She is also a metahuman costumed avenger known as Supernova. She can lift a battleship, outrace a ballistic missile and bend titanium in her bare hands. But how does a woman who once left her fingerprints in the space shuttle have sex with a normal man?

As shocking hidden truths about the Sentinels come to light, Will watches helplessly as his marriage becomes a downward spiral of deceit and jealously, perversions and obession, ultimately exposing Supernova's own dark secret. 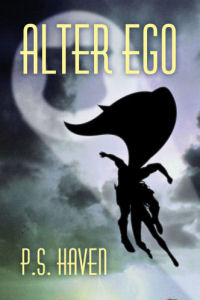 From the den television, Eyewitness's Lola Chong interrupted our regularly scheduled viewing for the third time. She had yet to interrupt our fucking. "Over the past half hour, the metahuman mercenary group known as Damage, Inc. has cut a path of destruction from City Hall to Reeve Plaza, apparently en route to the Wertham Building, home of Wertham Biotech," the crouched and cowering reporter told us amidst the occasional hail of debris. "Local law enforcement officials continue to deny that Dr. Fred Wertham himself is being held hostage by the group, despite numerous eyewitness reports to the contrary."
"Couldn't have happened to a nicer guy," Margot stopped groaning long enough to say.
"A spokesperson for the Metahuman Crime Division told Eyewitness 8 that they currently have no reason to believe this assault is in any way related to Dr. Wertham’s grand jury deposition concerning the testing and registration of metahumans," Lola Chong continued, flinching and cringing through the destruction she had strategically selected for filming.
"Careful what you wish for," Margot said, punctuated with grunts.
As if cued by Margot, Lola said, "Eyewitness 8 viewers will remember our coverage last year of Wertham's acrimonious testimony before the State Joint Legislative Committee on Metahuman Vigilantism. Many feel this testimony may have led directly to the formation of the Metahuman Code Authority. The MCA has since halted all federal funding of metahumans not officially sanctioned and monitored by the government. This sanction caused a firestorm in the metahuman community, seen by most as being redundant of the Walker Act of '77."
Just then a car-sized piece of the Wertham Building landed behind Lola, shattering into a cloud of dust and airborne debris that briefly chased the reporter from the field of view. "Conspicuous in their absence are the Sentinels, staunch opponents of Wertham and the MCA," continued Lola as the camera found her again. "Titan in particular was extremely vocal in his disapproval of the Authority, and one has to wonder if he and his fellow Sentinels are sending a message to…"
Before Lola could finish her sentence, Margot tossed the auburn bangs from her face and twin beams of blue light burst from her matching blue eyes. The blue beams activated the remote control on the sofa in the den, and the television shut off. "Shut up, Lola," Margot said.
As the screen went black, I did my best impersonation of the young woman who had become my wife. "Wherever there’s danger, Nova Girl will be there."
"Nova Girl’s busy right now," Margot said. "Now shut up and fuck me, Will."
I did.