The French Revolution was a time of change in more ways than one for Angelique when she, the daughter of a wanted aristocrat, is captured by the ruthless Adrien Laroche who offers her a proposal she cannot refuse.

When his wife confesses to having an affair Andy knows that she really needs to be punished, starting right there in their local pub. Ordering her to pleasure herself in the ladies and come back showing him the evidence is only the start of his revenge.

Any Three Can Play – Alex Severn

When a pretty young girl knocks at the door after her car breaks down, Tom can’t wait to seduce her, regardless of his wife sleeping next door. A guy deserves a bit of fun every now and again, right? However, things don’t turn out quite as he thought...

On the evening in question, Lucy happens across a work colleague from another branch of her office waiting for a bus in the rain. She stops to offer him a lift before asking him to her place for a nightcap where they can both warm up from the cold.

Mark is a lingerie salesmen with a crush on one of his clients. He’s looking forward to visiting Gillian’s store to offer her more than a deal on clothing but finds that her shop girl is working instead. The wily Francesca traps him in the storeroom for some fun and games, only for Gillian to arrive...

These stories were first printed in Seriously Sexy One 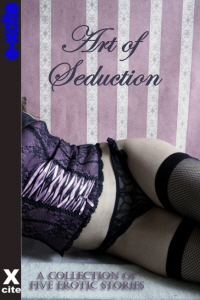 The Magic of Us (MFM)
McKinlay Thomson
In Shelf
$4.99
Tweets by
sirenbookstrand