This book picks up where Shockwave left off…

They were worlds apart, drawn together by an undeniable passion. Ripped apart by fear, they ran from each other and now struggle to stand alone. Tragedy descends and they are pulled together in search of a killer.

Kate returns to Dallas in search of Mike’s killer. Within hours of her arrival, events quickly spin out of control. Jack struggles to keep his distance, but when Kate becomes a suspect, his instincts take over and he rushes to her defense. As danger looms, all of the reasons they walked away from each other disappear, leaving the passionate fire that brought them together.

Unknown forces set their sights on Jack and Kate and the pair soon realizes that their names are next in a long line of victims. In a desperate search for the truth behind Mike’s murder, they fight their way through the lies, discovering that not all is as it seems. 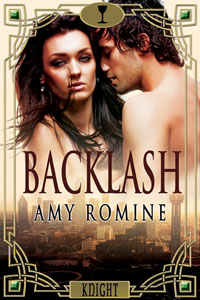 Kate parked her car and headed to the main street. Restaurants, shops and various vendors lined the cobblestoned street in front of the actual arena. Kate knew there was an annual Rodeo and regular stockyard sales in the fenced areas around her. She heard the laughter of children and turned to see a group of them gleefully running through a wooden maze. The smell of barbeque and beer wafted from one of the open dining areas and her stomach growled in wanting.

When he’d texted her he needed to see her, she was elated and cautious at the same time. She scolded herself for feeling elated at the thought of seeing him. She had no right to look forward to his presence. She had done nothing but cause him pain.

She hoped to God he wasn’t entangled in this mess somehow. She spied a coffee vendor and ordered a latte. She smiled and paid the man as Jack approached. Her breath caught in her throat.

You can do this…

“Hey.” A small but distracted smile edged his lips, his gaze moving everywhere but where she stood.

“Best coffee in Ft Worth.”

“Can’t argue with that, do you want one?”

“Ah…yeah sure, I could use a pick-me-up.” His grin widened as he seemed to take a needed breath. His hands in his pockets, he looked out over the street.

She paid the vendor and turned, holding out his coffee.

He took the coffee, but didn’t drink it, preoccupied with the people surrounding them.

She studied his face, it was tight and drawn, the veins in his neck bulged and he locked her gaze. He was scared, but not for himself. “We should probably walk.”

“Yeah.” He pointed down the cobble-covered ally to their right and they walked silently side by side for a few moments.

Kate waited for him to start the conversation. He had, after all, called the meet. When he remained silent, she knew she was going to have to pull whatever it was out of him. “So, Jack, what’s up?”

“I got a visit from an Agent Whitaker and an Agent Mitchell.” His eyes dropped and he took a sip of his coffee. “They wanted to know about your relationship with Mike.”

“What about my relationship with Mike?”

“They wanted to know how close you two were exactly.”

“What did you tell them?”

“I said you two were colleagues and friends, nothing more. They also wanted to know when was the last time we spoke and if you had tried to contact me since you arrived in Dallas.”

Kate’s brain swirled with questions. They must’ve known about the connection between DiAvex and Mike. Were they working on the assumption that Mike was collaborating with someone? All of this happened around the time she was here in Dallas. Had she become a suspect?

She looked up, seeing worry and confusion in his eyes.

“I…” Kate’s back stiffened. If she was in fact a suspect, talking to her made him a suspect as well. She scanned the area for anyone out of place or too comfortable. “Jack, you need to go.”

She tried to move away.

He grabbed her by the wrist, preventing her escape. The electricity from his touch paralyzed her. She faced him, silently pleading for him to release her. His face creased in frustration. He led her down the alley and into a small alcove out of the setting sun.

“Tell me what is going on.”

He leaned his hand against the wall, a look of determination in his eyes. “You’re a suspect aren’t you?”

“It’s better if you stay out of this.”

“Yeah, well that is not going to happen so you can just stop right now.”

Something had happened between the last time she saw him and this moment. His gaze was unrelenting and confident. Something she’d known was in him. She’d seen a glimmer of it before, but now it stood strong against her own stubborn will.

“I shouldn’t have come.”

“No, Kate. You are obviously in trouble and I am not going to just walk away. Not this time.”

“The hell you don’t! Kate, when was the last time you slept or ate?”

“Jack, I…” she stuttered, the world around her collapsing.

She searched his eyes, her heart pounding against the logic of her head. I shouldn’t be here. I am putting him in danger. She needed to do this without him. It was too big of a risk to get him involved. Her head swam in a pool of thick panic, her lungs clenching, cutting off her air. “No.”

She felt his hands on her arms and turned out of them. She stepped away and ran, not looking back.