The author of BACKLASH II refuses to allow the use of the words “fanciful” or “improbable” in the description of the 40 stories contained in this book. He insists every one of them is an entirely truthful account.

Shame on him. Anyone who reads BACKLASH II will immediately conclude the stories are nothing more than a pack of lies concocted in some hunting or fishing camp.

Nevertheless, the perceptive reader will also conclude the author is a fair and honest outdoorsman, harboring no discourteous, hateful or violent thoughts - if you don’t count those about politicians, pseudo-environmentalists, hunters who shoot at out-of-range ducks, lawyers, wives, woodcock, gun controllers, editors and people who post land around trout streams.

About the Author:
Galen Winter lived in Latin America, traveling extensively while negotiating and managing contracts with Latin governments and companies. He returned to the United States as a corporation attorney in Milwaukee and in Chicago. Later, he opened a law office in northern Wisconsin where, he writes, “a man can associate with dogs and shotguns without arousing too much suspicion.” As a Consultant in International Affairs, he retained his international associations and has left his footprints from Sweden to Taiwan.
Winter had contributed hundreds of columns and articles to regional and national outdoor sports magazines. He compiled a fish and game cookbook, has written six volumes of shorts stories and published two novels.
Winter also finds time to engage in his passion for hunting and fishing - preoccupations that have taken him from islands north of Canada’s Arctic Circle to the Amazon Basin, southern Argentina and the waters off Ecuador, Costa Rica, Cuba and many other places where fish and game occur. He holds degrees in Political Science, Law and a Masters in International Business Administration. 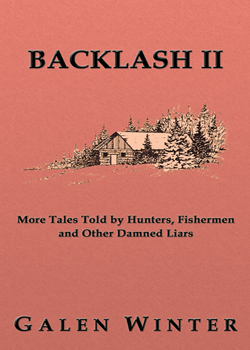