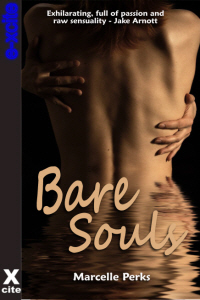 "A zest of sexiness, several spoons of darkness and a witch's brew of thrills. This soup of souls reaches parts you didn't know you had." Maxim Jakubowski

Meanwhile, Monster was the man with the magic hands. His every touch was light and deft, sending tingles throughout her whole body. Before she’d even realised what was happening, one of his fingers had slipped from her upper thigh and had eased itself into her excited vagina. She jumped. His other hand patted her. She relaxed. The feeling was awesome; all the start/stop excitement she’d endured was pent up and longing for release. His fingers were all over her clit and slipping and bumping their way inside her. She didn’t even notice that now Dave was playing with her tits and her clitoris too; she was so excited, sitting there with her boobs hanging out and her pussy being expertly manipulated. A small crowd had gathered.
‘Are you enjoyin’ yourself, darlin’?’ whispered Monster in a thick London accent.
‘YessSSSS!’ she said, her voice almost coming out as a scream. A couple of men started playing with her now, feeling her breasts and licking at her legs. She tensed up, and Monster responded straight away.
‘You want them here?’
‘No.’
Just a hand, and they melted away. Monster took over her clitoris now. Dave was close to coming and his moans were getting louder. The sheer naughtiness of the whole scene – her body clamped tight in rubber, the feel of the nipples with their absurd ribbon, Monster’s teasing fingers – it was all too much. She was jerking and rubbing herself on his fingers now, someone – she didn’t know who – cupped her breasts.
‘Agh!’ she came loudly, louder than she would dare in her shared house in Angel. But it was a fetish club, and so she could.
She turned to Monster, something large bulged beneath his PVC suit, but he didn’t open it. Dave was off after shoving his telephone number in her hand. He was offering to give her a lift home, but Monster waved him away. There was something hard to define about Monster; she couldn’t say whether he was good-looking or not. He attracted and repulsed her at the same time. He kissed her and enjoyed shocking her with his pierced tongue.
‘Oh, I’m bad, shoving my tongue down your mouth like that.’
‘What about you, don’t you want to come too?’ her eyes looked downwards. Monster looked at her and knew he had her whole attention.
‘Do you want me?’ he said. ‘I need something special. Come and take a look.’
He took her hand and pulled her in the direction of the dungeons, the very heart of the club. A knot of black-leather and rubber fetishists were huddled together watching a mistress casually whipping her eager slave. Monster stood behind her and shielded her body from stray hands.