Be Still, My Soul

“I remember my mother Jocelyn.” She accompanied “me to the induction center.” She could follow me no further... “I can never forget the expression on her face, the sadness, the tears, for she had suffered through the entire ware for all her sons...”
With this indelible impression, Jeremie, the youngest Lobel son, introduces his family as it faces the turmoil of the late 1930s and then endures World War II and battle’s toll. Jocelyn, Catholic, a renowned singer, has married a Jewish physician, Aaron, a man of medical achievements. They struggle throughout their marriage not only because of conflicting careers, religion, and social status but with the fear of four sons in service during World War II. Moreover, Jocelyn’s brother, Joseph, has become an agent for the British prior to hostilities and works and spies in the Middle East, Africa, and Europe. He also marries a German double agent Elena, working for the allies. She comes to the United States to live. Mistakenly believing her husband died in battle, she returns to occupied France. Jocelyn, meanwhile, seeks a semblance of stability while trying to reconcile differences with Aaron and also with her difficult daughter-in-law. These accumulating home problems occur as her sons’ letters arrive describing their trials on the battlefields while withholding their knowledge of a murder by Joseph. Eventually, Jocelyn’s strength preserves the family and herself through tragedy and eventual worldwide peace.

About the Author:
Richard Shain Cohen of Cape Elizabeth, Maine, is originally from Boston. He retired from the University of Maine at Presque Isle after serving as Vice President of Academic Affairs and Professor of English. He holds B.S., M.A., and Ph.D. degrees.
He served as editor of the journal Husson Review and was principal participant in a National Endowment for the Arts Grant for “Images of Aroostook” that was exhibited throughout the State of Maine.
His own publications include: Healing After Dark: Pioneering Compassionate Medicine at the Boston Evening Clinic (2011), The Forgotten Longfellow: Man in the Shadows (2010), Only God Can Make a Tree, poetry from himself and his brother, Alfred Robert Cohen; and the novels Monday: End of the Week, Be Still, My Soul, and Petal on a Black Bough. He also wrote chapters for Aroostook: Land of Promise, academic reviews, other articles, and – with the help of a Shell Grant – a monograph on Samuel Richardson that can be found in major library holdings. Currently in progress is a fourth novel. 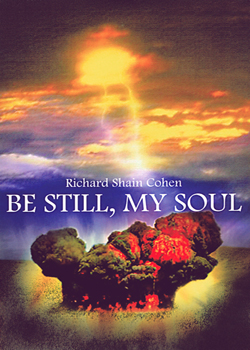 Be Still, My Soul