The festival of Beltane is just around the corner and the whole village is speculating over which of her two best friends Gwen will be going a-Maying with. They’re preparing for a handfasting, but Gwen doesn’t know how she’s supposed to choose between Will and Roger. Then she catches the boys together, and Gwen realises that maybe she doesn’t have to choose – maybe she can have them both.

Passion in the Desert by Garland

Isabella Crane is traveling through the desert on the way to California to start a new life. On the way there her train is attacked by Indians. Alone with the tribe, Isabella’s desires are awakened as she finds true passion in the desert.

The Pleasures of Servitude by Bel Anderson

There is something about this new serving girl whom he has bestowed upon his blank-eyed, compliant disappointment of a wife. She has a demure quality somewhat lacking in the other girls of my household and although his loins are fevered, he decides he will not play the marauding lord with this girl, waiting for her to come to him. Gratifyingly, it is not long before this pretty little virgin succumbs to his not inconsiderable charms and proves, to his delight, that she can be of much greater service to both himself and his lady than he had ever imagined…

Janette lives in the Wild West and loves a local boy, Jessie. Their courtship is innocent, and she knows nothing of sex until The Snake, a Mexican bandit, rides by her farm and kidnaps her. Her introduction into the delights of sex begins as they ride to meet the infamous Mexican revolutionary, Pancho Villa. To begin with she is afraid, but her tremors of fear soon turn to trembles of sexual arousal as they camp under the Texan sky. Soon all she can think about is his lips on her hard nipples and his body pressing down on hers. 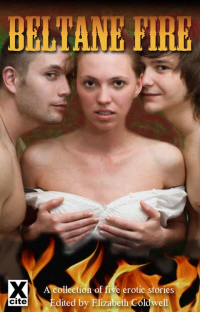