He's been sent from Scotland Yard to solve a case of blackmail in the Yorkshire Dales; she's just opened her own business in York baking bespoke cakes. He wants a peaceful life; she's aiming for revolution. He likes to keep both feet on the ground; she dreams of scandalizing the neighborhood on a bicycle. He prefers to fade in with the wallpaper; she's proud to be a black sheep that stands out in the crowd.

He's never getting married again—most women ought to be stamped on the forehead with a danger warning and clapped into handcuffs. She thinks men are simply an obstacle to her ambitions and if it's true that the way to a man's heart is through his digestive system, that explains why a great deal of gaseous waste frequently finds its path out of the wrong end.

The two of them might appear to be mismatched flavors in an unlikely recipe, but when blackmail turns to murder, it's the start of a remarkable partnership in crime-solving. And a match made in chocolate.

It's late Victorian England and the world may be on the cusp of change, but is it quite ready for this pairing? They're not even prepared for it themselves. Nevertheless, some wayward kind of chemistry keeps drawing them together and it can't be blamed entirely on the cake.

Or the corpse in the conservatory. 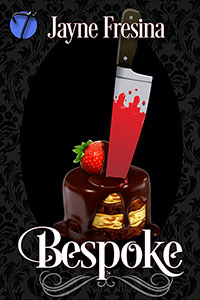 A toad, previously squatting beneath the arch of a dock leaf to enjoy a breakfast spider, suddenly paused, lifting slightly on its front legs. With a hasty blink it swallowed one last morsel of prey and then leapt deeper into the shade of a dry stone wall, taking shelter as the atmosphere hummed and pulsed with a strange energy.

At that moment, a skinny, knock-kneed young boy, on his way to check the traps he set for his poacher father, paused likewise in the whispering air of that new dawn and turned his head, listening.

From her drafty window in the high tower of a crumbling castle, Lady Skefflington presided resentfully over the awakening morning. Unable to sleep the night before, her face was drawn and grim, a spectral apparition reflected in the ancient, ill-fitting leaded glass. Today she was too restless for her embroidery, which she attacked like an automaton, stabbing at the cloth with a needle, her gaze far away, distracted by the scene below. Waiting for something to happen. Anything. She had almost sewn her flesh into the pattern—left an angry crimson stain to spread wiry tentacles through it— before she stopped and brought the wounded finger to her mouth.

"By the pricking of my thumbs," she muttered absently, "something wicked this way comes."

Or perhaps it was already there, waiting in the long weeds. In the ground itself.

Until they came galloping over the hill, the awakening spring earth had throbbed away peacefully, minding its own business. But the urgent steps of these wild marauders, like the rumbling beat of war drums, disturbed all that dwelt there in the grass. Anything that could move out of their way did so, darting, slithering, leaping and burrowing. Often just in the nick of time.

Their skirts tickled the long grass as they ran, their patched linen petticoats wicking several inches of moisture, their worn work-boots tripping down the hill, their figures small and slender as willow wands against the misty, pink morning light. One girl took the lead, her glittering, fearless gaze set on the trees ahead and beyond them the wall from which she would soon leap. Once she had gained enough speed, enough momentum.

Two other girls followed, but could not quite keep up. "Give t' me!" shouted the closest, her words skipping and rattling through the air. "'Tis my turn to wear it."

Perhaps her stride was shorter, or she was more timid about falling, but her downward thrust was slower, her impetus more controlled. It was certainly nothing to do with having less competitive spirit, for her face winced in angry frustration, her cheeks were blotched with scarlet and her arms stretched forward, hands clawing at the winning girl's hair, as if she would rip those flaxen locks clean off.

But that hair escaped her grasp, as did the pearl and amethyst comb lodged within it. The proud wearer soared high, arms spread like wings to lift her through the cool, damp air and when her feet left the ground, her lips were wide and laughing, her eyes closed.

Launching herself from the stone wall, arms outstretched, her boots pedaling frantically for the clouds, she flew, joyous.

The third girl, clearly enjoying the race itself and the beauty of the sloping, buttercup-strewn meadow, rather than any desire to finish first, came to a measured halt in the long damp grass. Smiling, she shaded her eyes from the yawning sun to watch her reckless comrade.

For just a moment, the wingless but determined creature was suspended in time, until, alas, gravity brought an end to her flight.

And life, as is her pleasure, took an unexpected turn.