Fifteen year-old Payton MacGregor is a musical prodigy. To him, though, his music is merely a way for him to escape from the chaos that surrounds him. All of his life, he’s had to care for his mother, who copes with her bipolar disorder with booze instead of turning to her own musical talents. He refuses to become a statistic. Then he’s thrown a curve ball.

His mother suddenly dies, leaving him to be cared for by his aging grandparents. As much as they love him, they decide to send him halfway across Canada to live with his father, Liam—the man Payton always believed abandoned him and his mother. Payton isn’t making the relocation easy on anyone until he finds out he's going to attend the prestigious School of the Arts for musically gifted youth. Any second thoughts he has about his new life are erased when he meets Lily Joplin. Their connection is instantaneous.

Lily is a talented singer, but her struggles with drugs and bipolar disorder hit too close to home for Payton’s comfort. And when her issues become all-consuming, he wonders if his music will be enough to carry him through. 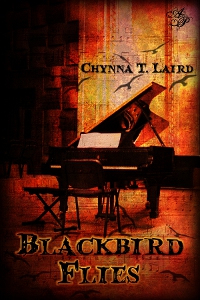