The town of Tanglewood Falls offers breath-taking views, yet the serendipity is misleading. The impoverished people and their forgotten community have been unwittingly exploited. Their act of trust and blind consent alter their existence and the secret remains buried, until Ryan returns to explore his heritage.

For twenty years, he’s been haunted by confusing images and recurring dreams. He’s driven to understand their meaning, to obtain answers to his lost memories. Ryan’s search for truth collides with the folklore of the simple people and the belief that their beautiful Annie is blessed. Together, they unravel the mystery, but become targets of those responsible for what has happened to the town.

As the truth is exposed, Ryan must grapple with his own reality; the fact that his past, his nightmares, and Annie’s secret, is entangled in the desperate act of one lonely man. 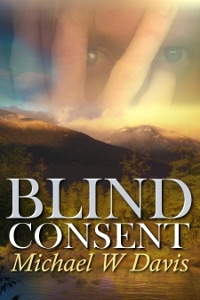 “Please understand, and don’t be mad at me. It hurts me inside when you’re mad at me.” Annie reached out, but he resisted. She stepped forward, grasped his right hand and gently pressed his palm over her heart.926681 She lifted his left hand, pressed it against her breast, and he felt the tremors in her body. “Look inside me, Ryan. There’s nothing but love for you. No desire to control you; just love for the only man I’ve ever wanted in my entire life.”

Through her tears, he began to see what was inside, how deeply she cared for him, and had kept herself only for him.

“Please don’t pull away. I couldn’t bear it. These years we’ve been apart have been so hard. I’ve spent so many lonely nights thinking of you, seeing you so far away. But I kept going, waiting and praying you would come back to me. Please love me, Ryan, the way I love you.”

He realized he did love her. That first day he saw Annie without the dirt on her face, when Ryan looked into those green eyes, he understood it then, what was in her heart, but he denied the truth. Maybe he had always known, buried deep, hidden from his conscious mind, but still there at his core. Perhaps that was what he sensed after April died; the yearning to return to his roots, and to Annie.

“Now I can remove all your so rrow, your loneliness, and your bad dreams. I know there’s room in your heart for me beside April.” As he felt her chest pound, the dark shadows and sad memories from his past began to fade, replaced with warmth and peace. Ryan brushed the moisture from her face.

“Anything else I should be aware of?”

He placed his hand at the curve of her back and closed the gap between their bodies. “Guess I can live with that. It’ll take some adjustment, a lot of adjustment, but we’ll work it out together.”

He lifted her hand and touched his lips to her wrist. He kissed her brow, her eyelids, and moved down to her mouth. He lingered inside, tasted that sweet flavor, and inhaled her scent. He caressed her neck, felt her pulse quicken, her muscles tighten, her breath matching his, increasing with each touch.

At that moment, Ryan felt the physical urge and emotional need to be with this woman, the hunger to consume her, touch her, become part of her. There was no hesitation, no reluctance to put forth his feelings, his desires. There was no ambiguity. Everything was clear.

Ryan issued a low-pitched groan resonating from his throat as the hormonal fire raged throughout his body, a heat that could only be quenched one way. He lifted her up, cupped her in his arms, and placed her on the blanket.

He unbuttoned her shirt, pressed his face between her breasts, and inhaled her unique feminine scent. Somehow it had changed, become musky, transformed by the reaction of an aroused body. The intoxicating blend of honeysuckle, spice, and musk shot into his brain and stimulated his drive. His response shifted from desire to pure lust, a need to satisfy his primal hunger with her entire form.

In one moment their clothes were gone. He studied her skin, her shape—with his eyes, his hands, and his mouth. He became enraptured by her beauty, her response to his touch. As he fell into her eyes, he recognized her desire for him and him alone. His emotions blended together; lust, tenderness, love, and a powerful yearning to be with her forever, to be inside her body, share her mind, her soul. All these strong emotions focused his longing for this one woman. He caressed her bare breast, watched as it pulsed and responded to the touch of his lips, the goose bumps encircling the protruded centers. He kissed down below her ribcage, across her naval, and continued lower.

Her mouth opened, widened, and then it closed as she bit down across her lower lip. Her eyelids pulled back, opened fully as she arched upward, pressed against his mouth. She felt the sensation, the tingling, rising from her legs up her back. As the waves rippled across her body, she moaned, again and again, until her entire body rose up to meet his caress. Her form locked in midair, shuddered, and then exploded with release. After an eternity, she settled slowly onto the blanket.

Ryan caressed back up her body. She felt his heart pound against her chest, his rapid breath against her face as she gazed back with contentment. He lifted her waist quickly with one arm, placed a sleeping bag beneath her rump and slowly, gently joined with her, became one with the woman beneath him, in the way that only a man and woman can bond. Carefully, they merged, two humans linked as one body, moving in harmony with their cadence. With each thrust she sensed the warmth inside, penetrating deeper, and the echo of rain skating across the metal roof blended with the sounds of two lovers. Her moans of pain morphed with those of pleasure, and he knew the truth. She had waited all these years, for him.

As they moved together he caressed her smooth soft skin, felt the flesh of her body absorb his heat. He increased their rhythm, pushed faster, and at the peak, it all disappeared. The shadows in his memories, the sorrow of his loss; everything vanished except Annie. For an instant, at the crest of their journey, they remained motionless, united as one, all their muscles strained, their nerves on fire. Then they floated back and collapsed beside each other.

After several moments, Ryan turned her body. He pressed his groin against her warm flushed buttocks. He lifted her hair, kissed behind her ear, and across her neck, to her arms. He paused again to take in her enticing scent, now mixed with the lingering aroma of the passion they just shared. He traced his hand down the curve of her waist, along her thigh, and arched his arm across her chest. He held her tightly, until they both drifted off, together.

He returned to the pool, the green water by the beaver dam, but this time, he was no longer alone. They were together, floating nude on the surface. They moved below the ripples in the cold mountain water, but he felt warm and peaceful. He pulled them together. Their legs and arms entwined, until they were one body, one mind, and it felt right, like it was always meant to be.