When Alesha agrees to a blind date, she is taken to a very private room in a nearby restaurant where her date is waiting for her. Treated like a queen, she quickly loses all inhibitions with the handsome stranger. The waiter has seen a lot of couples but never a couple like this one. When he is summoned to their booth, Alesha has a surprise for the shy man whose job is to meet the needs of his customers. He has also been taught that the customer is always right. 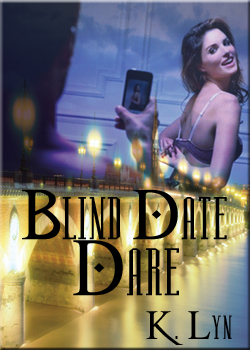 His name was Stan. He was single, divorced but with no kids, and he worked in a law office. But working in a law office did not necessarily mean that he was an attorney. Alesha read on. The man claimed to have an athletic build, liked pop music and snowboarding. He seemed perfect on paper but who knew if he was telling the truth. In a matter of moments she noticed the box pop up that indicated she had mail.

“Hey, gorgeous,” he wrote in the email. “It’s about time you logged on. I’ve been waiting for you. How about dinner tonight?”

Alesha bit her lip and thought about it for a moment. He sounded a bit like a stalker with his “I’ve been waiting for you” comment, but she reminded herself that his profile was perfect.

The waiter closed the door behind him, came closer, and then stopped. He just stood there in stunned surprise. He had seen couples making out in the restaurant, but never had anyone dared to do this. This couple knew no boundaries. Alesha smiled devilishly at the waiter and reached over and took his belt into her hand.

“Miss, you must be mistaken,” he began to protest.

They came to a secluded place on the beach and Stan pulled her to him and kissed her. His arms were strong, yet gentle, his kisses filled with passion and lust. They spread out their blankets and the kissing quickly led to a gentle rise in Stan’s pants. Alesha was quick to notice the “stiff breeze” of her handsome man and he turned and twisted as he tried desperately to relieve the tightness. 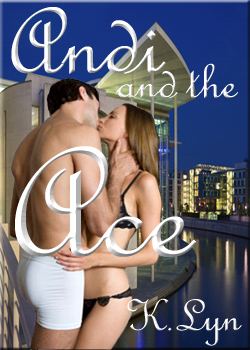 Andi and the Ace
K. Lyn
In Shelf
$0.99
Tweets by
sirenbookstrand