Blood On the Tartan

A Woman Fighting a Cause

Catherine Ross rallies her neighbors to openly resist the mass evictions, which empty the glens of her homeland of people and replace them with sheep.

On the Other Side of the Law

Constable Ian MacGregor, sworn to uphold the law, finds duty conflicts with love. There's only one woman for him - Catherine. However, he is torn by that love and his sense of honor.

Ian must decide: to protect his beloved or obey his orders. Will Catherine's truest love become her greatest adversary, or will they both perish in the coming conflict the Highland Clearances. 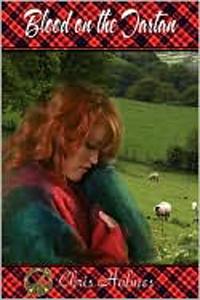 Blood On the Tartan

Honor and greed collide in BLOOD ON THE TARTAN, as determined individuals clash over the principals in which they believe.
This fascinating tale is cleverly told in colorful detail, where a historical event occurring in the Highlands of Scotland comes alive in a riveting style. Talented author Chris Holmes adeptly interweaves fact with fiction to create a memorable romance filled with unforgettable characters.
After having been displaced years earlier when she was a young girl because their land was wanted to raise sheep, Catherine Ross now has a home where she is able to keep up with its rent to the landowner and support herself from profits off the land. Her family was evicted from their farm when her prior landlord said he wanted to improve the area by making the farmers leave and then leasing the land for sheep to graze. Though her family moved away to Canada to live, Catherine stayed in her beloved country, vowing to not ever be forced from her home located in the quiet village of Greenyards.
However, fate once again intervenes in her peaceful life, as her landlord lets his desire for more profits have him wanting the farmland of his leaseholders for sheep to use. Although the authorities hope the evictions will take place without any type of resistance, Catherine and her fellow villagers will not just stand by and let their homes be taken from them again during the Highland Clearances of 1854. Also having a say in the current conflict is Ian MacGregor, the local constable whose feelings for Catherine are beginning to turn towards an intense attraction, one which she also feels. When a confrontation between authorities and the villagers arises, lines are drawn and decisions will be made affecting the futures of these fearlessly proud Highlanders.
In his fictional books, Chris Holmes takes a situation based on fact and then generates an enthralling story based around this reality. BLOOD ON THE TARTAN is a story created around real people and the events which shaped Scotland as well as the other countries where they fled after being evicted. Just knowing many of the well-depicted incidents actually happened makes this story even more mesmerizing. From the opening scene, the lives of these characters will capture the imagination of readers, as daily home life, carefree moments plus desired hopes and shattered dreams are skillfully described. Seeing how each person reacted to the significant events surrounding their lives is compellingly conveyed by Mr. Holmes, as their emotions surface and inner feelings are spoken. The romantic aspects of the story are touchingly portrayed as complex decisions must be made, ones affecting not only themselves but also many others in the area. With the growing love between Ian and Catherine being tested time and again, their personal stories are poignantly moving. The circumstances of what took place in the village of Greenyards during the Highland Clearances are effectively told by Mr. Holmes, making me proud to have descended from these honorable people. Whether the reader wants an emotive romance or an accurately told historical fiction, BLOOD ON THE TARTAN is a rewarding read.
Amelia Richard - Singletitles.com

Scottish history and romance alive!
Blood On The Tartan is Scottish historical romance set during the mid19th century during the Highland Clearances. Chris Holmes puts the history back into historical romance in a manner that heightens the romance. The reader is easily drawn into the scene and characters through this author's depiction of the historical world.
Catherine Ross remembers her childhood the Scottish clearances of Glencalvie all too well. When mass evictions appear eminent, threatening to empty the glens of her people to make way for sheep, Catherine rallies her people and becomes the center of resistance. Constable Ian MacGregor is sworn to uphold the law and he takes his oath and his honor seriously. Torn between his love for Catherine and his job, Ian must decide. Can their love survive? Can they survive the approaching battle? Chris Holmes stands out as a historical romance writer in his creation of characters. Catherine is defiant yet a certain calm steadfastness emerges in the midst of her defiance. Ian is a man of honor, torn in his loyalties, yet both tender and intelligent. He knows how to standup for his love and work behind the scenes. Catherine and Ian's love develops gradually, ever increasing in depth as the two characters discover their love not only through their physical attraction but also through their actions towards one another. The secondary characters add intrigue, emotional and historical authenticity. The time and place setting is dramatic, the romance riveting, though not overplayed, giving a richness and depth to this read that will appeal to romance and historical fiction readers.
I adore this Scottish historical romance! Blood On The Tartan has more history than some historical romances --- but never dry history in this book! Readers will find themselves completely immersed in the scene, the history and the characters. Chris Holmes creates a multi-dimensional theme of justice in his depiction of all the nuances and forces at work from the laird down to the land tenants. This intricate historical detail emanates from the story itself, heightening the suspense and the reader's understanding of the history in a vivid manner as if it were current and present. The extra historical detail just makes their life stories more memorable and lasting because the emotions were grounded in events.
The ending is quite special and bridges links with Catherine's mother's story as well as opening up this romance to an expansive view of Scottish history and ancestry. Blood On The Tartan is a must read for romance and historical fiction lovers of Scottish heritage.
~ Merri, Merrimon Book Reviews

She repeated the question she'd asked before. "Ian, suppose ye were ordered to be in a posse sent to clear us out by force. What would ye do?"

There it wasthe dilemma he most dreaded. He took a long time answering. "I would be caught in a hard place. I could never hurt anyone in this village. You should know that by now."

"Then quit. Take off yer uniform and badge. Come live with us here in Greenyards."

"And how would I make a living? I'm no farmer. This is the only job I know. Besides, I'm more optimistic than you. I don't believe the clearances will come to Greenyards. I think men like the sheriff and that new minister will find some way out of this. Some compromise allowing use of the strath for sheep, but letting the clan remain here as well."

They clung to one another for a moment in the doorway. "Yer heart's here, Ian," she whispered. "Yer badge and yer office may be in Ardgay. But yer heart's here in the glen."

He started to leave, then turned back, took her in his arms, and kissed her on the lips.

She tried to push him away, but relented and pulled him closer. When they stopped for a breath, she started to speak.

He put a finger to her lips. "Shhh, lass. Leave the moment alone. Words'll only spoil it. There'll be time for us soon. I know there will. We'll be together soon."

He mounted his horse and, with a final wave of his cap, started down the road.