A renegade vampire arrives in a small Ohio town bent on destroying a colony of mutant vampires (neither fully vampire nor fully human), which he believes to be an inferior disgrace to the true vampire race. The renegade Volter hopes to expose the mutants by turning the blame for his ensuing bloody rampage upon them, hoping they will be destroyed by the citizens once their identity is revealed. When a local amateur detective and his friends become involved in the fight to eradicate Volter, they discover very quickly that Volter is a formidable force not easily defeated. Filled with humor, horror, adventure, thrills and chills, this is a vampire story unlike any other. 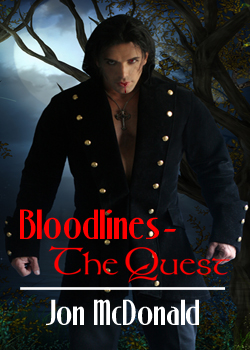 Volter had major plans for the evening, and he began with the roller coaster called “The Snapper.” He snuck into the back of the ride and positioned himself to leap into the last car as the ride filled. A scrawny high school kid balked at being seated next to Volter, but the ride attendant forced him to sit there. The boy gave Volter nervous glances as the ride got underway. Volter had prepared his little surprise for when the cars reached the very top of the first incline before rapidly plunging below. Arching over the apex was a large lighted sign that read: THE SNAPPER – For the thrill of a Lifetime! Just as the car reached the top, Volter snatched the kid next to him from under the security bar, and with a quick twist snapped his neck. Volter leapt from the car as it hesitated before plunging to its first fall, and strung the body from a light bar extending from the sign, awaiting the next cars of the roller coaster to discover his gruesome trophy.

His next little jest was at “The House of Horrors”, a ride through a dark and spooky haunted house. Volter arrived at the vampire display and he could hear the cars starting out at the beginning of the ride with the screams of the delighted patrons. He hid and waited for the cars to reach his station. As the cars passed and the riders ducked and screamed, Volter reached into the last car and pulled out a pretty blond girl that would fit the dungeon décor to a T. He quickly dispatched her with a bloody rip of her neck, and detached the fake victim from the mechanical vampire. He masterfully inserted his new, and very real, victim to the Fun House Vampire, and waited with great anticipation for the next ride to come by to see how masterfully he had recreated the display.