Claire, James and the alliance of werecats bound to James’ mentor, Henry, have beaten back the bad guys for now. Until a traitor among them sends Claire and Stephen into enemy hands. Past loves, jealousy and politics dot the landscape as the two lovers attempt to control the identity blurring bond that has them at its mercy. The question arises: which nature will win, vampire or human? 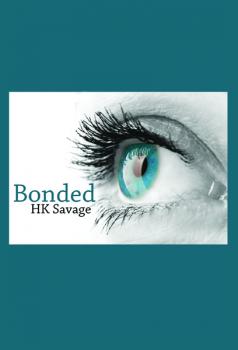 Recommended - without hesitation! / 5 Stars
  Customer Rating See Detailed Ratings
Posted May 20, 2011, 2:47 PM EST: Claire is no ordinary human. With abilities that have cornered her in social isolation, she has accepted that she will never be "normal". It's not until she meets Stephen that Claire learns that she is not alone in her talents. The excitement begins when Stephen introduces Claire into a world that she believed were that of legend and movie, a world where vampires and wares exist and live among her, a world with James. The Authors attention to detail allows the reader to feel a part of the story as it unfolds. I felt the emotions that Claire and James were sharing and it made me more invested in the story. An intense mixture of passion, fear and confusion that Claire endured made me want to reach out to her in a way that makes HK Savage a fantastic writer. As a more recent fan of the paranormal, I found it to be a breath of fresh air from the typical vampire story. From its dangerous turns to the unique bonds built between Claire and James, Empath left me completely anticipating the next book in the Trilogy.

James put his hand on Tara’s arm giving her pause, and drawing a glare of pure loathing.

“I will make it as painless as possible, I promise.” They were nearly the same height and James stared directly into her eyes. I could feel his sincerity as well as his apprehension through the patchy shielding he was managing, his exhaustion making him transparent to me.

Tara was also too jittery to block me out and I caught a hint of the nausea roiling her stomach. She was busily berating herself, feeling she was failing him. Her shielding was coming and going as she lost focus repeatedly in her distraction and mine was stretched thin. We all were close to our breaking points and my skin prickled with the energy pulsing through me. The only thing keeping me from losing it was that my ability was actually too confused to know which one to channel.

Lucas sat Omar on the sofa and left him, following Gabriel to take up a position behind the Court members. Omar was shaking visibly, his cheeks wet with tears as he stared at the sea of vampires surrounding him. There was no putting it off, to prolong the process would be cruel. James walked forward and crouched in front of Omar. The trust that had developed between the two was not enough to keep Omar from being frightened of what was coming. He leaned back as far as possible, even pulling his feet up under himself to crawl backward and escape. James’ hand rested on Omar’s shoulder and he stopped moving, frozen in a crouch on the black leather staring at James. To an onlooker it would have looked like the boy had been caught at some prank and was being scolded. Not forever altering the little boy’s future and tying the two together for the eternity to come.

When Omar looked up at James, I felt James push his shielding away just barely and reach out to Omar’s mind. All of a sudden in a dizzying rush my world shifted and my eyes saw Omar’s close up as though I was crouching before him as well. I felt his young bony shoulder warm under my hand. Losing my sense of self once more as my marks flared up and thinned the membrane separating our minds, I was pulled into James. He’d been reaching for my ability, the complete merging of our minds was a surprise to him. I felt him startle at my unexpected presence and then his acceptance.

Omar stared into our eyes transfixed as James tapped into my ability instead of Glamouring him, thus allowing him to better monitor the boy’s reception of what was happening. We conveyed serenity and were instantly rewarded with the glazing over and drooping of his eyes.

When his breathing relaxed and his eyes closed the rest of the way we knew he was close to sleep and we let go of his shoulder to reach for his arm, drawing his wrist to our lips. Our fangs grew, the vibration that should have been disconcerting somehow was second nature and the burning hunger roared up our throats while we watched his pulse, heard his heartbeat and then let go of the tightly clamped control we used to shut it away. Unleashed, the hunger came spilling forth and we struck. Tara’s painful groan barely registered over the thrumming temptation that swiftly filled our mouth.

The warm liquid velvet that was his blood poured down our throat with each beat of his heart. As we drank, his pulse pushed less and we had to actively suck on the wound to keep pulling the blood into our mouth. When the pulse had faded until it was nearly gone, we fought the primal urge to keep feeding. The urge fought back, for me it was akin to asking my lungs to stop breathing. The reminder of my human nature pushed back against the vampire’s need for blood, my human mind recoiled at the thought of taking Omar from Tara, of killing a child. James tied into my revulsion and our fangs retracted in favor of our tongue that flicked out to seal the wound.

Releasing the boy’s hand we gently laid it in his lap, lifted our own and bit down, using our razor sharp fangs to tear our own flesh. The pain was fleeting, a minor annoyance only. We slid over to sit beside him, putting an arm around his neck and cradling the boy’s head in the crook of our elbow to hold our wrist to his mouth. His limp body, paled from blood loss, slumped near death and his head lolled against our body.

“Drink,” we commanded watching a few drops of our blood drip down on his shirt. Involuntarily the boy obeyed, fluttering his closed eyelids as he latched on. He drank for a few swallows before instinct kicked in and his body recognized the return of life to his limbs. His hands came up to grasp our arm, pinning our wrist to his mouth as he eagerly sucked in our blood.

Charles, Anton and Miranda had gone completely vampy in the ecstasy they could feel coming from the witnesses and more closely, from us. Their own fangs had grown in the excitement of so much blood and Charles and Anton were monitoring the activities of the crowd, I hoped in order to keep anything from going too far. Miranda, however, was staring at us unblinking, a knowing and very unhappy look on her face. We could feel her wrath burbling under the surface. She had seen more than we’d intended.

“It is done. When he rises, I will return.” Our voice was deep and rich, vibrating in a totally different way than I was used to and then it was familiar too. We were strong from so much blood.
Tara rushed forward from where her family had been restraining her to kneel by Omar’s unconscious body, stroking his curls anxiously from his forehead and listening for his heartbeat. We could hear it from where we stood and it was strong. Turning to face Henry, we saw me. What was happening to me only became strange when I looked upon my own body staring vacantly at us from ten feet away from where I felt myself centered.

Henry sidled over to the vacantly staring body and spoke rapidly to someone over our shoulder. His mutterings reached me, garbled like he was under water, and Miranda moved closer to us. I became acutely aware of the cold presence that reached into the body I was watching and pulled while something else tugged at the place in my mind tied to James. The pulling sensation crossed over from uncomfortable to excruciating and then with a soul rending snap, my awareness “popped” back to my other body and I felt us tear into two separate entities with another motion sickness inducing shift that left me blinking and adjusting to my new perspective. At the same time, I was filled with a crushing sense of loss at having to flee the proximity of James’ more dominant nature.