Freelance journalist Colton West can’t wait to finally end it with the rich and shallow Martin. Their relationship had been a mistake from the beginning. But just when Colton feels that he’s made it clear to Martin it’s over and he can move on with his life and career, he gets a phone call that will change his world forever.

Whitfield, Vermont, is the sleepy little town where Colton grew up, a town he couldn’t wait to leave. It’s also the place where his best high school friend was found murdered years before, left on a road outside town that goes nowhere. The killer was never caught, although a stoic old man named George Hill, who lived with his young grandson in the only house on that road, was considered by many to be the prime suspect and passed away several years later.

But now, another boy has been found dead at the end of that same lonely road, with his body eerily laid out in the same disturbing manner as Colton’s best friend. And this time, the victim is Colton’s fifteen-year-old nephew.

With the original murder suspect deceased, Colton knows the killer of both teenagers is still on the loose, perhaps preparing to strike again, and Colton won’t rest in his investigation until he unearths the whole, ugly truth. 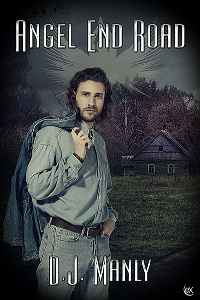 Colton could hardly wait for Martin to leave. He sat at his desk and stared at the half empty screen on his laptop, listening as Martin’s laugh drifted up through the open window. It sounded like tinkling glass, and it grated on him.

Glancing at the window, he marveled at how quickly the green leaves had filled the branches of the huge tree in the front yard. It was early June, but it seemed like just yesterday snow had blanketed the ground.

When a breeze rose, the branches of the tree slapped against his windowpane, reminding him of something he couldn’t quite remember. As he studied the leaves reflecting the sunshine, he realized it reminded him of the big maple out in front of the house in Whitfield where he’d grown up. When the leaves caught the sunlight like that, it looked as though the tree were smiling.

His father had fashioned a swing for him and his sister. He’d used a wooden plank, put two holes in it and threaded them with rope, then secured the ropes over the mighty limbs of the tree. Colton recalled spending hours on that swing just looking up at the leaves. In the autumn, the leaves would explode into a multitude of colors, and then, just when they were at their most beautiful, they fell to ground and silently died there, then were whisked away as if they never existed. When there was nothing but tiny naked branches, Colton would look up into the foreboding clouds, clouds that forecast the killing frost and the snow that would surely follow.

The trunk of Martin’s Jaguar convertible slammed shut, shaking Colton out of his memory. Good, that meant Martin’s ridiculously expensive Gucci luggage was already in the car. Martin’s voice drifted up to him again. He was talking to Steven, letting him know he was on his way.

They’d both been invited up to Steven’s summerhouse in the Catskills for the weekend. Martin had been pissed at him when Colton said he wasn’t going to go.

Although he’d really tried, he had a hard time tolerating Martin’s friends. Steven Myers was the poster child for most of them. He came from the upper class, like Martin did, and had all these cute little philosophies about the world and the people in it. None of them were well informed or made much sense as far as Colton was concerned.

Martin laughed again at something, and Colton closed his eyes. Lately, that laugh had really begun to annoy him. It was amazing to think he’d been listening to it for the last year and hadn’t yet lost his mind.

When he didn’t hear the sound of a motor roaring to life below, Colton knew Martin was on his way back upstairs. Hopefully he’d just forgotten something, but knowing Martin, he’d try to convince him one last time to come with him.

Martin walked into the room. “I’m leaving now, sure you won’t reconsider?”

“Let’s not do this now. We’ll talk when you come back.”

“That’s what you said when you left for Afghanistan that last time. But we didn’t talk when you came back. You just stopped fucking me.”

“You’re the one who told me to sleep in the other room.” Colton glanced back at his computer. “I need to work now, Martin.”

“The excuse of needing to work is wearing thin.” Martin tilted his head. “You just don’t like Steve but, damn it, you could make an effort to like my friends.”

He looked at Martin, who was slim and well-muscled with bronze-kissed short hair and deep blue eyes. He was boyish, handsome, and had the entire world in his hands. He was only twenty-nine years old. Both parents came from old money. His father was a United States senator who had once run for president, and his mother was a corporate executive on Wall Street. He wouldn’t be alone long.

“I have nothing in common with them.”

“That’s because you have to make everything political!”

How could Colton not? They lived in a house on Long Island, with an in-ground pool and nine bedrooms. The house had been a gift from Martin’s parents upon graduation from Harvard law school. Martin practiced corporate law, of course, and worked in his father’s firm. He took on cases when it suited him, more for something to do than anything else. These people had more money than they knew what to do with and there were humans in the world without shelter or food.

Colton had searched his soul more than once in the past few months to figure out what had attracted him to Martin in the first place. Sex, of course. It had been good in the beginning, but it was more than that. His job as a freelance journalist took him mostly to war-torn countries where misery reigned. He’d just returned from observing the situation in Afghanistan firsthand when he’d met Martin, and he was in desperate need of distraction.

“You weren’t like that when we met,” Martin protested.