She must make the biggest decision of her life before Thanksgiving Day.

A numbers-cruncher and stickler for the rules, divorcée Paulina Natawance is grateful for the handsome Ojibway man who helped her take a gamble on love last Thanksgiving. She’s over the moon with their long-distance relationship, even though they’re separated by three hours and the international border.

The hole in Tripp Beargrease’s heart has healed after the death of his wife. And he owes his happiness to the stunning Anishinaabe-kwe he rescued last Thanksgiving by chance, who easily stole his love.  He’s on his way to Canada with an engagement ring in his pocket to celebrate Paulina’s turkey holiday.

When Tripp proposes marriage, taking another gamble leaves Paulina shaking with fear over saying goodbye to her job, her home, and Canada to start anew.  She must decide if she’ll celebrate the upcoming American bird day with Tripp for the rest of her life or never celebrate the special US holiday again. 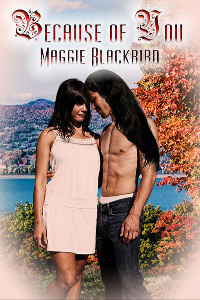 “Paulina, will you marry me?” Tripp made a face at himself in the rearview mirror, where his dreamcatcher and braid of sweetgrass dangled. He sounded like those desperate dudes from the romantic comedies Paulina couldn’t get enough of watching.

Maybe that was the problem. He’d sat too many times in front of the TV with her cuddled up beside him while Jennifer Aniston and her leading man bickered and plotted revenge on each other before kissing and making up.

The satellite radio played his favorite country and western station.

He stopped at the toll booth in front of the US customs and swiped his card at the magnetic strip reader. Shaman, whose pink tongue hung from his mouth, curiously peered.

“Save it,” Tripp muttered. “I’ll figure something out. I got the whole week.” He started away from the booth and headed for the international bridge leading into Canada. The wheels of his truck tires made the enjoyable humming sound when he began crossing over the river.

“Easy, boy.” Tripp stretched out his arm and patted the dog’s soft fur. “Don’t be pouting. It’s just that I’m not good at this sorta stuff. Y’know? And, hey, we’re almost there. No bothering Miss Kitty this visit, either.”

“I mean it.” Tripp winked and snickered. “After eleven months, I thought chasing the cat around would be old news to you by now.”

The customs officers knew Tripp well—he’d made the three-hour drive from his reservation many times. Since he’d offered Paulina his home and dinner table for American Thanksgiving last year, she’d insisted on slapping together a scrumptious supper for the Canadian celebration.

The now closed, once prosperous papermill that greeted people crossing from the States into Canada was quite the eyesore. The ugly shade of light aqua taking up a good mile of the riverfront hid the beauty behind it, beauty he’d come to enjoy of the quaint small town where Paulina lived.

Once Tripp completed the forty-five-degree turn at one of the cement buildings of the old papermill, he came upon Canada Customs and Immigration. His jaunt through the inspection only took a few minutes. The officers always had a friendly hello and a wave for Shaman.

Paulina lived on the tree-lined Church Street, so he simply had to guide the truck straight once he popped out from the customs station. There was no need to head up a block to the main drag where most of the stores were located.

There were a few businesses on this street, though. A Royal Canadian Legion. A Ministry of Transportation building with a reflecting wall of glass. On the through-street was a post office to his left and the town’s administration center to his right. As he crossed over Portage Avenue, he was upon the churches and courthouse.

Leaves were scattered everywhere, some rolling by. There’d been snow last week, Paulina had texted a few days ago, but not cold enough for the white flakes to stick around. Considering it was the second week of October, they had a good month before Biboon blew his winter breath on the town.

He passed the Safeway to his left and started into where only houses were. This neighborhood was the older part, and the homes were smaller. Paulina’s was on Tripp’s right. He turned into the driveaway. His heart warmed at seeing her two-bedroom brick place.

Shaman thumped his tail. He pressed his snout against the passenger-side window.

“We’re here. You can do your business before we go inside.”

Tripp withdrew the engagement ring from the breast pocket of his jacket and opened the pink velvet case. Nestled inside, as explained to him by the clerk at the jewelry store in Duluth, was the fourteen-karat white-gold pear-shaped diamond wrapped in a border of smaller diamonds. Additional diamonds sparkled along the shank. Below the center stone was a yellow-gold bow.

Hopefully she loved the ring as much as he did.  The darn thing had cost him an arm, but he’d managed to save his leg during the purchase. He’d even bought the matching wedding band that was safely tucked in his drawer back home.

Movement inside came from the picture window. Paulina was waiting for him.

Tripp quickly shut the case and stuffed it back inside his jacket. He threw open the truck door. Shaman barked.

“I’m coming. I’m coming.” He ambled around the vehicle and opened Shaman’s door.

The dog bounded out, ready to sniff and explore.

“Easy, easy,” Tripp warned. There were a lot of cats in Paulina’s neck of the woods. He didn’t need his dog causing mischief by chasing down a furry feline like he’d done during their last visit.

Shaman, as if listening for once, kept his nose to the ground and sniffed his way to the back yard.

Tripp grabbed his duffel bag from the box of the truck and followed Shaman down the cement walkway.

There’d been no need to bring his boy’s belongings. Paulina, much to his delight, had purchased water and feeding bowls, toys, a doggie bed, and a tie-out for Shaman after Tripp had, five months ago, cleared out a closet for Paulina at his pad, and plenty of space in the bathroom for his girlfriend to store her toiletries. In return, she’d generously offered him a drawer in her bedroom and let him leave his clean-up stuff in the bathroom. This was when he’d begun thinking about engagement rings.

Shaman beelined for the spruce tree.

The back door opened.

He turned to the most beautiful woman he’d ever laid eyes on after losing Michelle six years earlier. Pretty round face. Big ebony eyes. Apple-shaped cheeks sweeter than the delicious nectar. Copper-brown skin smoother than satin. And her long, slim limbs poured into leggings and a t-shirt. Her black hair was braided, most likely so he wouldn’t be sampling a few strands during their meal.