What do you call a hotel that is not a hotel? Freelance magician Ayesha Swanson, her partner Aimi Underwood, and her bodyguard Mister Mo, are about to find out as they are dispatched on a diplomatic mission to a mysterious race on the fringes of human society that somehow goes awry.

Finding themselves trapped in a fictional construct filled to the brim with bounty hunters tasked with bringing them in, Ayesha and Aimi find both their relationship and their magical skills tested as an old acquaintance of Mister Mo’s makes her presence known. 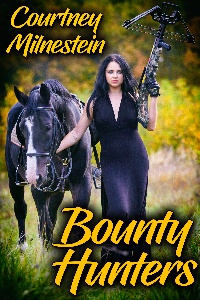 “What’s this? What’s this?” Gilead bellowed as the smoke washed over him, dust and ruin smeared across the surface of his charcoal grey overalls.

His companion offered him a wide-eyed look of surprise, her tousled hair dancing wildly in the storm that brewed on the seventh floor landing of the imaginary hotel.

“I tell you what this is,” Gilead shouted, ripping free the straps that secured his scorched breastplate and allowing it to tumble the floor, “this is not cool, that’s what it is. Not bloody cool.”

He was right of course, Joanne Faustus thought to herself as she struggled to come to terms with the sudden change in their circumstance.

The plan, as outlined by Oblique, had been to incapacitate the freelance magician and her bodyguard, secure the bag of artefacts and then deliver both the relics and their former owner back to London. It should have been simple.

At no point anywhere along the line, did anyone mention hotel rooms exploding or a guardian made of literal embers standing between them and their prize.

They needed to act and they needed to act quickly. Unless they got the situation under control all of their hard work would be undone and the money they were due would become as insubstantial as fairy gold.

The arrangements had been simple, conveyed to her by crow and magpie within her solemn sanctuary, Oblique’s seal delivered in the mouth of the piebald prince of birds, spat out across her desk and offered as a token of respect. She need do nothing more than ascended the ladder to the location announced by her feathered informants and rendezvous with the other assigned members of the team she would be working with.

There should not have been a problem. Oblique’s missive had stated explicitly that the only danger was the magician and her bodyguard, and after Kitten Puke’s use of thematic constructs in a hermetic bubble they were both out of the question.

A fictionsphere, she remembered suddenly. That was what they had called the impossible hotel Kitten Puke had dreamt into being.

The term resonated, a combination of words she was sure she should recognise.

Gilead waved the smoke away angrily, gesturing at her with a nod of the head and then looking directly towards the door as he reached down to the holster on his belt and drew forth a glimmering golden Walther PPK engraved with four complex Chinese characters.

Fengshen Bang—the Investiture of the Gods—Gilead’s weapon was well known in the circles she moved in, famed for the creation and dethronement of living deities. It was a gun created with a spark of divinity; bullets that burrowed into flesh and spattered blood and ruin in their passing, where from the resulting mess issued forth creation.

Quickly she shook her head, pulling her own wand free from the bindings of knotweed and St John’s wort that wrapped about her inner thigh, beneath the folds of her simple frock, the fabric decorated with pictures of rocking horses and blossom.

She was short in stature, her face round, her hips full and her hair falling in warm, chestnut curls over her shoulders.

“W-Way of Blessing,” she stammered, lifting her wand and pointing past Gilead towards the billowing smoke that poured out of the shattered door-frame.

Before she could complete the spell, a vast, flaming hand reached out of the smoke, its burning fingers wrapping about her throat and lifting her from the ground.

Joanne Faustus screamed out in agony, her legs paddling against the air, her feet kicking against nothing as her hands reached up and dug into the flames that held her. Skin blackened and blistered as she frantically clawed at the fire, her head turning, her tears boiling in her eyes as she screamed and screamed.

From the pit of her stomach, from the root of her being, behind her tonsils and behind her flesh, something came loose.

Her chest heaved, and even as she screamed, a spray of corrosive vomit spilt from her lips, washing over the flames and dowsing them instantly as liquid spattered against the carpet.

She dropped to the floor, scarred and heaving as a howl resounded from the billowing smoke, the outline of a monster struggling with its truncated limb within.

Instantly, Gilead was at her side, pulling her to her feet and dragging her away, his eyes unable to ignore the blistering burns upon her throat.

Before them, a shape rose up from the spattered vomit, a terrible figure, leathery flesh dripping with puke.

“The serene summoner asks of your insubstantial majesties a boon,” she gasped between coughs. “Prince of falsehood, Mephistophilis -- fulfil this wish!”

With a laugh of foul triumph, the horned figure assumed its final form, sickly green pallor smeared with residue.

The smoke cleared at last, revealing a blistering giant composed of flickering flames, one arm ripped free at the elbow.

There was a moment in which the two monsters viewed one another solemnly, and then with terrible cries they fell upon each other, spraying filth and flame against the walls as they commenced battle.