Samuel Misner is in a slow downward spiral and has been for the last four years since his wife and son died. Turned bitter by his grief, he maintains an emotional distance from family, friends, and especially customers of his bakery.

Carrie, his assistant of eight years, leaves him at the beginning of the Christmas holiday after he threatens a young boy with the police for stealing a couple doughnuts from his shop. He feels her loss more than he thought possible and devises a scheme to win her back.

Will Carrie scoff at his attempt to change, or will she give him a Happy New Year? 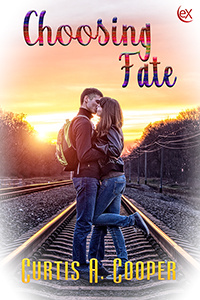 Carrie had just returned to the front of the shop in time to hear her boss, Sam Misner, grumble at the woman standing outside the front door

“Please? It’s my daughter’s birthday party, and I got stuck in traffic. I believe you have a cake ready for me.” The woman looked utterly panicked.

“I don’t make exceptions. If I make one for you, pretty soon I have everyone waiting ’til closing.” He turned around and walked into the back room.

Carrie stuck her forefinger up as soon as he was out of sight. She removed the only personalized decorated cake that hadn’t been picked up and opened the box to reveal Happy 12th Birthday Rebecca. She tilted the cake slightly so the woman could see.

She brought it to the door and turned the knob on the lock. Then she opened the door and handed the cake to the woman.

The woman paid in cash and murmured, “Thank you so much. Keep the change.”

“Thank you.” Carrie smiled as the woman walked away. She closed and locked the door, then turned to find her boss standing with hands on hips and a frown on his face.

“Didn’t you hear me tell her we were closed?”

“Oh, come on, Sam. You would rather toss the cake than sell it and keep the customer?”

“It’s the oldest trick in the book. A person orders a cake and comes late, pretending to be held up. Then he, or in this case, she…holds me up. And I’m out hundreds and a cake with someone’s name on it.”

“This time.” He frowned, obviously unhappy with her.

“You don’t trust anyone anymore, do you?”

“I can’t afford to.” He stomped off into the kitchen.

Carrie rolled her eyes and set about putting the pastries away.

Samuel Misner drove home, still steamed from Carrie’s defiance. He shook his head as he unlocked the deadbolt and doorknob of the front door. After entering, he headed straight to his bedroom to change out of his bakery clothes.

Walking down the hallway, he passed the closed door of his son’s bedroom and the bathroom across from it. His wedding picture hung on the wall just left of the bathroom door—his wife in white with a younger Sam in a blue tuxedo, standing in front of an arch. On the other side of the bathroom was a school picture of his son in fourth grade. He paid them no mind and continued to the room at the end of the hall, focused on the task at hand.

As he changed, the phone on the nightstand rang. Recognizing the number, he hesitated, but went ahead and picked up before the answering machine started. “Hi, sis.”

“Hi, Sam. Are you coming to the party next weekend?”

“You cut right to the chase, don’t you?”

“Well… You’ve avoided answering your phone the last three times I’ve called. So, are you?”

“Why do you want me there?”

“What kind of question is that? You’re my big brother. Why wouldn’t I?”

“You need to get out and return to the living.”

He frowned. “What are you talking about?”

“Sam, you’ve been on your own for close to four years now. It’s time to move on with your life.”

“Easy for you to say, Sharon.”

“No, it’s not easy. You lost your wife and your son, but I lost my brother that same night.”

He ignored her insinuation. “Hardly the same.” He heard her sigh.

“I’ll take that as a no, but you’re welcome if you change your mind.”

He hung up the receiver as soon as he heard the click on the other end. The last thing I need is the memory of another Christmas gone by. He flashed back to that fateful Christmas Eve when he’d returned home from a busy day at the bakery to find his wife and son had gone out. The note she’d written lay on the dining room table, telling him they went to the store to get some eggnog. Then the phone call. His wife was in emergency surgery—no mention of his son.

He brushed off the memory and finished changing.

The next morning, six o’clock couldn’t arrive early enough. Sam’s inner clock always managed to wake him at five, but out of caution, he still set the alarm. He returned to the shop to begin his morning routine. First up, glazed doughnuts.