Sequel to The Night Tour

Savannah Price does not want to deal with an old flame -- especially before breakfast. When she sleeps late, and realizes the zoo her father owns has now begun its summer camp season, she dreads the reunion of her and Douglas Morris. Her first time, and also, one of her first heartbreaks.

Doug is taller, stronger, and far more handsome than Savannah remembers -- but he's also just as maddening. After he ropes her into a storytelling game with the campers, her nostalgia for the old times comes back in full force.

Only this time, when Doug offers to take her into the woods, she's going to be the one leading. 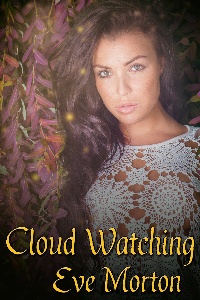 Three hours later, the race was over. Savannah heard the trill of excited children as she'd been in her room, organizing and cleaning, but now ceased her efforts. Doors slammed and opened up and down the hallway as counsellors who were beginning their shifts went to the children in the mess hall. Meanwhile, other counsellors, including Doug, were now ending their shift.

Which meant that Savannah was running behind. She'd been trying to organize the paperwork the zoo lawyer had given her, and do her laundry, but had only watched the clouds outside her room. She saw her eighteen year old self in the skyline, naked in Doug's arms, when they'd first discovered their own dragon in the sky and what they could do together to pass boring summers.

Savannah shook off the memory, now no longer bittersweet, as she stepped out of her room. She needed to focus on the here and now. Make up for lost time. She needed to get to the clearing faster, because if she was first, it meant she could dictate their encounter. Just like old times, old rules.

And she had to admit, she liked being in charge.

She decided to jog along the dirt pathway. She'd not yet put on a bra today, and the sensation of her nipples rubbing against the fabric soothed her. The clearing was just behind the monkey enclosure, but not as far as the tiger area. There were trees all around them, and a pond that was more a mud pit than an actual place for wildlife. She had just approached the edge of the water, in the process of taking off her shoes, when she heard the trees rustle.

She turned to see Doug. He was wearing his uniform, but he seemed bigger. Rougher around the edges, with a hint of a shadow where a beard would be soon. She noticed the lines of sweat under his arms, and the way his brown hair knitted together at his neck.

He sighed. "They are so energetic this year. Hard to keep up. Reminds me of how old I'm getting."

"Not that old. And if you're really worried, you should do the morning calisthenics. That way the kids won't outrun you. Remember?" Savannah smiled coyly. It was a trick question. Of course he remembered, but she wanted him to say 'no' so she would jump for him.

So her breast would rub against the fabric more.

So he'd then chase her around in a circle, like they'd done their first time.

"I don't remember," Doug said, his smile wide. He crossed his arms over his chest and put a hand on his chin. "How about you --"

Savannah was already jumping. She did five jumping jacks, each one ushering an exquisite in her body. Huffing and puffing, she stopped. She braced herself for the chase. Nothing happened. Doug just watched. "Aren't you --"

"I thought you were leading?" Doug said playfully. "Shouldn't that mean --"