From the first time she picked up a softball bat, Kayla has loved team games of any stripe. Now in her mid-forties, though, she is starting to come to the bitter realization that like all good things, her involvement in team sports must come to an end one day, whether she’s ready or not.

When her broomball teammates start making noises about this being their final season together, Kayla sets her sights on capturing the league championship. What better way to remind them of how much fun it can be to win?

The prospect of snagging the league title seems brighter with the addition of a new player, Val, who Kayla would like to get to know better. That is, if her meddlesome ex Abby will stay out of the picture long enough.

Will winning the championship be enough to bring Kayla’s teammates back for one more season? If not, what can she do about it? 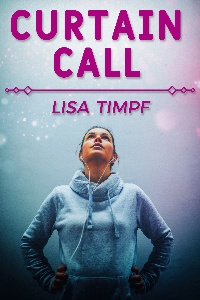 I’d put Val on my own line, in Debbie’s spot, so I could assess her play. She’d performed well at practice, but I knew from experience that practice skill didn’t always translate into game-day performance. Fortunately, our opponents, the Baytown Blizzard, weren’t one of the top-flight teams.

I could see a white-toothed grin through the wires of her face mask. “A little, maybe.”

I swore under my breath as the opposing centre won the face-off, tapping the ball back to her left defense. But before the other woman could make a move, Val was upon her. Val stole the ball and darted to her right.

A second late in reacting, I raced down the centre of the ice. Val flipped the ball to me, and I passed it over to Su Smithson, whose speed had enabled her to leave the Blizzard’s right defense in her wake. Su took a short windup and one-timed the ball at the goalie. The netminder stopped the shot, but the rebound rolled to her left, where a waiting Val was ready to pounce. She tapped the ball home for our first tally.

“Good work.” I couldn’t help grinning as Su, Val, and I gathered for a congratulatory huddle before trotting back to centre ice. If that’s what Val calls “rusty,” I’d like to see what she looks like in top form.

Val’s performance on that particular shift proved to be no fluke. Through the rest of the game, she played with an easy, loping grace. Despite the rubber soles of the specially-designed footwear we all wore, most players showed a bit of slip-and-slide, some hesitancy now and then. But Val ran with a compact, sure-footed stride. She passed and shot with effortless skill, but there was a humility about her, too.

She’s almost too good to be true, I thought as I sat in the dressing room. My only regret was how quickly Val had vanished after the game. I’d wanted to talk to her about some plays we might try next game. Well, okay, I just wanted an excuse to talk to her. I’d have to wait till our next practice.

A hand on my arm as I was about to rise to my feet interrupted my reverie. “Look,” Judith began. “It’s about my sister.” She glanced around the room as though to ensure no one would overhear us. But as usual, she and I were the last to leave. The room was empty other than Dora, and she’d just collected her gear bag and headed for the door.

“Val?” I asked, raising my eyebrows. “She’s awesome. She’ll really help us. Why were you holding out on me? We could have really used someone like her two years ago, at Provincials.”

The latter comment came with more heat than I intended, but there was a reason for that. Two years ago, we’d put together a great tournament, making a real run for the Ontario provincial intermediate championship. We’d finished third, but a player of Val’s calibre might have given us enough scoring power to nudge up to top spot.

That had been our final chance, though. After that, the majority of team members had insisted on sticking with league play. No more weekend tournaments. With so many of them ready to hang up their shoes for good, it’d been the best compromise I’d been able to negotiate in order to field a team. It was just another restraint our aging bodies had placed on us. I chafed against it, like everything else that signalled the inevitable creep of change.

I expected Judith to be annoyed at my tone, but instead, she looked thoughtful. As though choosing her words carefully. “Val has a history of -- disappointing people,” she said, her lips twitching. “Just -- don’t expect too much. And you won’t get hurt.”