Divorcée Bebe Boshey flees her Ojibway community for the city of Thunder Bay to begin anew, landing a great job that affords her an independent lifestyle she covets and a great condo. Best of all, her silver fox boss thinks the world of her. She can’t help her attraction to him, but office dating is a huge no-no.

Divorcé Alden Campbell is tired of spending his nights alone. And he’s also quite uncomfortable about his feelings for his ace real estate agent, Bebe. Even though they are strictly professional in their daily dealings, the sizzling chemistry ready to boil over between them is enough to shake him with fear, because he’s been there and done that.

While they’re on a business trip together, a crafty playboy pushes Alden into making a big decision that might cost him dearly—pursue Bebe and break his rule of business-only, or let Mr. Tall Dark and Handsome work his charm on the one woman Alden wants to call his own. 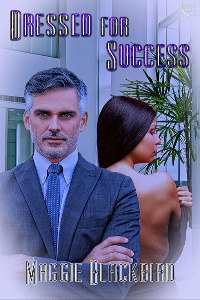 Alden’s chest kept pinching. He had a big decision to make. And his number one real estate agent never stopped dropping hints about attending the conference with him. But his gut continued to side in Bebe’s favor, even if she was only three years into the job.

He picked up his mug of steaming coffee and sipped. The purpose of the trip was to network and attend the many skill-building workshops. This would suit Bebe. She was inching closer to Morgan every month in sales. More than sales. Her reputation as a top agent was making its way—besides in Thunder Bay—through the eastern half of the district they covered. And Morgan’s forte was industry and business, while Bebe’s was residential.

Alden’s decision wasn’t biased, either. It had nothing to do with Bebe’s too-long legs, her suggestive bangs falling over one perfectly groomed eyebrow, dark-brown hair cascading in casual, loose waves down her back, or her deep-throated voice that was a take-charge challenge to his own forceful tone. Bebe deserved to be chosen for her skills and abilities, and that was why he wanted her to accompany him to the conference in Sault Saint Marie.

Once Alden refilled his coffee after meeting with Morgan, he checked the in and out board in front of the receptionist’s desk. Bebe was present. He headed down the hall. Hers was the second last office on the right. Everyone else kept their doors open but Bebe. She preferred silence while working.

“Good morning.” Alden shut the door behind him. Try as he might to ignore it, whenever they were in one another’s presence, the crackling chemistry always surfaced, a tension of heat seeming to radiate between them.

He strolled up to her desk and sat. “Hard at it?”

“Yes.” Bebe turned away from the computer. A red top with a scooped neckline gave a very slight hint of her décolletage. The short sleeves allowed a nice view of her toned arms. When she stood to grab her coffee off the other counter, a snug skirt hugged her sleek hips and showed off her flat stomach. She plopped into the chair and crossed one sexy leg over the other.

Alden ran his finger along the inside of his collar. His tie grew a tad too tight. Maybe he should have let Morgan attend the conference instead. A man was seeking trouble being alone for a whole week with a woman as stunning as Bebe Boshey. Big cat-shaped eyes with a suggestive slant. High cheekbones. A hint of red accentuating her satiny bronzed skin.

“Well, Chief? What can I do for you?” Teasing lurked in her question. She rubbed the corner of her coffee mug. Hmm, she tended to rub something whenever in his presence.

Heat swathed his skin. Her light teasing always produced goosebumps or knocked his internal furnace up a few degrees. “The realtors’ conference is happening in a month.”

“I think you’d benefit by attending.”

“Me?” She placed her hand on her chest, her palm centered between her beautiful perky breasts.

Alden could almost see the cog wheels churning in Bebe’s mind. She was a woman of ambition and was probably perusing the agenda in her thoughts, determining which workshops she’d take and the amount of networking she’d engage in.

Her eyes lost the far-off look, and her gaze rested on him. By the way her sleek throat shifted, she’d swallowed. Red was flooding her long, narrow face that was as precious as a ruby.

Clearing his throat, Alden stood. Saved by a perfect bell. “I’ll let you get back to work.”

“Okay.” A hint of gushing fluttered on her reply. “Thanks so much, Chief.”

He knocked on her desk. “Anything for you.” Before he gave away the trembles in his belly and the lightness in his head, he marched from her office.