Nikolai “Kolya” Agapov is handsome, wealthy, intelligent ... and desperately wants to be someone else. Trapped between his family’s ties to the Russian Mob and his father’s impossible expectations, he can’t find a way out until he visits the opera and meets a beautiful performer named Alyona.

Notoriously uninterested in anyone trying to take her on a date, Alyona nevertheless sees something in Kolya. Something that might just lead to something deeper, and more dangerous.

Alyona might be able to offer him a new life, but will Kolya be willing to pay the price? 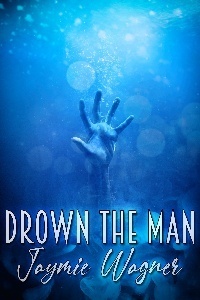 “You never actually asked my name.”

She shrugged as she finished a bite of the octopus and chorizo she had ordered. “Does it matter?”

Something in her tone felt like a challenge, and it made him smile. “You might want it later. Wouldn’t it be awkward to have someone ask what you did after the show, and have to tell them ‘Some stranger came and took me out for dinner before driving me home’?”

“Not as much as you think,” Alyona countered. “I told you before -- a lot of strangers have been trying to make a match with me.” She took a drink that didn’t quite manage to hide her irritation. “Idiots.”

Kolya nodded, but didn’t quite concede the point. “Did any of them make it this far?”

Alyona turned her attention back to her plate. “No.”

“Then it might matter,” Kolya observed before he went back to his churrasco. “But I suppose it’s up to you.”

She took a few more bites of her food before swiping a couple of maduros off his plate. “Fine. What is your name?”

“Nikolai Agapov. Friends call me Kolya.” He’d expected another dismissal or snarky comment, but Alyona seemed to really look at him for the first time.

He couldn’t resist pressing his luck. “Why? Will you steal my name away like some fairy tale?”

“I don’t steal,” Alyona snapped, her voice serious. “But if you get too close to the river, I might have to drown you.”

Kolya wasn’t sure what he’d expected her to say, but it wasn’t that. What did that even mean? He sat there for a moment, stunned, until he caught sight of their server coming over with the check. He shook himself out of his shock and gave their server a nod. “I suppose I should take you home, then.”

Alyona tilted her head as she almost smiled. “Or we could order dessert.” They had dessert and coffee, and the conversation drifted to less cryptic topics. Alyona didn’t exactly open up, but she certainly seemed less openly hostile by the time he finally dropped her off at her building on West 51st.

“It was nice to meet you,” Kolya told her honestly. It had been one of the better evenings he’d had in a while.

“It was,” she agreed, and surprised him by leaning over to kiss his cheek. “But don’t expect anything else.”

He couldn’t help but smile wryly back at her. “What would I even expect?”

Alyona shook her head slightly, giving him another one of those soul-searching looks. “I will tell you again -- don’t get too close to the river, Nikolai. I will /i> drown the man.”

She turned away before he could reply, the end of her braids swinging back and forth behind her as she disappeared into the building.