Seventeen-year-old drummer Amy Parks has been in band since fifth grade, is now the percussion section leader, and belongs to a garage band called The Maniacs. After her first crush on another girl at the age of ten, she swore to keep that part of herself hidden, even from herself, and never let it out again. Her band director is rumored to be gay, but other than that, Amy knows no other gay people, and thinks the word “lesbian” can’t possibly apply to her, even though her younger sister Erin constantly calls her gay and Amy has a half-naked poster of JLo on her wall. But still, she can’t be gay, right?

Amy is afraid of the thoughts and feelings she experiences, and thinks if she gets a boyfriend, maybe she’ll stop being so attracted to Becca. When the first boyfriend doesn’t work out, she jumps to the next guy, but is still unsatisfied. Amy begins to go to the lesbian chat room online and befriends a mentor named WhiskeyMind, who tells her for the first time that being a lesbian is about love.

When Amy finally decides to tell Becca how she feels, she must face the choice of being true to herself and losing everything, or hiding in the closet just to keep her friends and her position in The Maniacs. Is coming out the right thing to do? Is Becca really the girl of her dreams, or is there someone else out there for her? 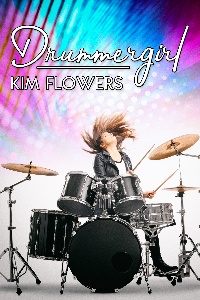 In the band room, I saw that we were getting prepared to march, so I grabbed the tenors and my harness. Altogether it was pretty heavy. But even though I was short, I was muscular, so I could take it.

I marched on the far left, concentrating on playing the cadence, keeping in step. I also listened for snare drummer Tiffany. She was medium height with short, blonde hair, on the other end of our drumline, hollering “Guide right!” if any one of us got too far out of step. We played and marched until there were only fifteen minutes left of class, then went inside to put our stuff away.

“Hey, guys,” Jonah said, adjusting his glasses as the four of us drummers were crowded in the percussion room. “Do you really think Mr. Allens is gay?”

This subject came up every once in a while, but it was the first time Jonah had ever said anything about it.

“I think he’s gay,” Tiffany said, hanging up her snare harness on a bracket on the wall.

I shrugged. “It wouldn’t bother me if he was.” Suddenly I realized something. “Hey! Mr. Allens is like Big Gay Al from South Park!”

Even though Mr. Allens didn’t look or sound anything like that character, the name sounded funny and we all laughed.

“Shh!” said sophomore Lilly, but she was laughing, too, her brown eyes gleaming, short brown hair mussed from being outside. I couldn’t stop laughing, either. For some reason tears formed in my eyes.

“Okay,” Tiffany said. “Is everyone down for that name?”

I smiled for the rest of the day.

The Maniacs and I had practices whenever we could, and Thursday night we were all available. Steve was very tall, and medium-built with shoulder-length brown hair. He played guitar and sang. Jason was not much taller than I was, thin and lanky with shaved blond hair. He played bass. Sometimes we played at Steve’s church. But we dreamed of the day we could play for a different crowd. We had just learned how to play “Come as You Are” by Nirvana, and Steve was trying to change the lyrics to make it a song appropriate to play at a church, when his dad came in the garage and gave us exciting news.

“A new coffee shop opened in Muncie,” he told us. “They’re going to have open mic nights sometimes. You guys should go there and play. I called and all you have to do is show up an hour beforehand and sign up.”

“Let’s pick a list of songs we could play,” I said.

Some of our songs were original, and some were covers. We decided to go with two originals and two covers. Steve called and found that open mic nights were on Thursdays and some Saturdays. We had a busy schedule right now with school band, but we vowed to take advantage of the open mic night when we had the chance.

When I wasn’t having my various band practices, I also worked two or three nights a week as a waitress at the small restaurant in town called Tony’s. My life was very busy. Every day was packed with something to do. But for some reason I still felt like something was missing, and I couldn’t figure out what it was. But the next day, it finally hit me.

At school I sought out Becca before anyone else, and had the chance to talk to her before we started marching. I sat by her in Nutrition, and again at lunch. As I watched her walk away before going to our next classes it hit me violently:

I was attracted to her.