It was snowing on the mesa. Well, why shouldn’t it? December, almost Christmas, and here I am having been deposited here three days ago on top of this forsaken mesa that my publisher told me sports a cave that’s older than time itself. Well, it does. But why am I squatting on my aching haunches trying to hide behind a scanty bush while watching an old buck deer with a whole set of missing left horns? And he knows I’m near. Do I really smell that bad? Believe it or not, the deer actually nodded his head in agreement. 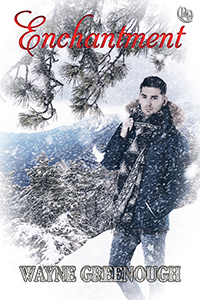 It was snowing on the mesa. Well, why shouldn’t it? December, almost Christmas, and here I am, having been deposited here three days ago, on top of this forsaken mesa that my publisher told me supports an enormous cave older than time itself. Well, it does. But why am I squatting on my aching haunches and trying to hide behind a scanty brush while watching an old buck deer, whose head is missing a complete set of left horns?

He seems to know I’m nearby. How can he know that? Do I actually smell that bad? Believe it or not, the deer nodded his head.  I was sobering up from a three-day drunk and five packs of cigarettes, stinking from head to foot and in bad need of a hot shower. So what are my other excuses for continuing to smell like a brewery with plugged up chimneys? Well, the cave has no hot running water for a shower, which means no plumbing and also no electricity. It does have a fireplace for heating, plus a small wood burning stove to cook on, one iron skillet, one set of utensils, and three aluminum pots. It’s the royal hotel, folks, that I am resting my weary bones in for the Christmas month. Well, you asked for it, Mister Max Wooster, you accepted your editor’s challenge, so quit your grumbling. The heck I will. I’ll blame my editor instead. Now there’s a real hard-nose guy, a genuine unlikable human. Jackson Montgomery was old looking for his fifty years, white-headed, and never been married, probably because no woman on the right side of heaven would put up with him.

His last words of wisdom, thrown at me baseball style, still burn my hide like acid. “Max, you’re a softy, and so is your writing. Do you know how many copies your pride and joy book has sold? You know, the novel you said was your best and favorite, how you’d busted your bottom and spent countless nights and years writing, and boozing over, in spite of the fact it kept collecting tons of rejection slips until you talked me into publishing it?”

“No, the numbers on that one haven’t come in yet,” I said.

“Yes, they have,” Montgomery replied with a sneer and a belch. “Your so-called favorite book has only sold two copies.”

My confidence slumped to cellar-level before I protested. “What? You’re joking? Only two copies? My grandmother bought one. I think you’re flimflamming me. When do I start laughing?”

“Don’t you dare laugh, and you know I never joke. Publishing is not a laughing or joking matter. Your books will cause me to go belly up broke.”

I laughed a few seconds before saying, “Come on now. You’ve got lots of other writers that are keeping you solvent, real solvent. You own an airplane, a helicopter, and you pay a salary to a full-time pilot, not to mention that you live like an oil baron. Two books, hmmm, are you trying to tell me I have a problem with my writing?”

Jackson Montgomery snorted and puffed a smelly cloud of tobacco from his curved Calabash pipe. “To say the least, you have a problem, a serious one that needs to be corrected. And if you’re willing to work hard, well, it’s possible that your writing could eliminate that day job you have of making hamburgers at a fast-food joint.  No story is so bad it cannot be turned into a blockbuster.”

“Is it really a serious problem?” I asked.

Montgomery snorted and sneered. He’s really good at making faces that show what he’s thinking and getting me to agree with him.

“Okay, okay, okay, I’ll accept that it’s serious. You’re my editor. But you did say my writing can be corrected if I worked hard. I’m willing to work.”

His words startled me. I heard myself babbling, “Oh, come on now. You mean you’d trash me? Doesn’t it mean something that we went all the way through a public school together? Surely you’re jo…never mind.”

Montgomery’s smile became quite devilish as he said, “With my say-so, you could become a name in one of those has been books rarely mentioned and rarely read. One short page entitled Whatever happened to Max Wooster?  Think about that, Max.”

The big balloon-full-of-wind’s head seemed to grow horns as he gave me what I later found out was his standard routine, the old what’s-what that he uses on some of his other writers.

I sighed twice before saying, “So how can my writing be fixed?”

“To start with, you need to be alone.”