Euan looks forward to spending time with his best friend, and unrequited love, Gregg. But Gregg has a confession himself -- he isn't the straight jock Euan thinks. When the truth emerges, Euan learns of a side to his friend's life he never imagined.

Just as they find out the truth, Mother Nature unleashes her fury and they're trapped on a mountain during the flood. Even if they weather nature's storm, there is still a more personal fury to be faced. 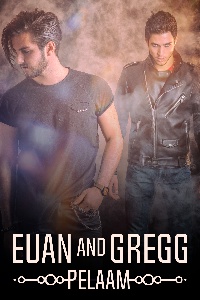 Heading to the bar, Euan nodded at a couple of men he knew either by name, or just by sight. He grinned at the bar tender. Jazz was a lanky blond, who loved to wear blue eye shadow and pink lip gloss, and who served Euan whenever he was working.

“A Zinfandel? And what does the hottie want?”

“Yes please. And the hottie is straight. A good friend of mine, so behave.” Euan laughed at Jazz’s exaggerated pout.

“Hot damn! You know, I thought he looked familiar. I guess that was just one of my dreams.” Jazz gave an exaggerated wink and poured Euan’s wine.

“The hottie will have a Bud Light.” Euan returned the wink and Jazz laughed before getting the beer.

The evening was proving a great success, Gregg was clearly more relaxed, and the stresses of his job were obviously being left behind. Euan was really pleased. Gregg had looked stressed to Euan when he’d arrived. His work might be glamorous and jet-setting, but there was a price to pay.

Leaning forward, Gregg held Euan’s gaze. “You know, there was something I wanted to tell you. Remember I said about how I’d changed?”

Biting his lip, Euan tried to ignore the way his stomach flip-flopped. Did Gregg have a girlfriend, or a fiancée? The scenarios spun through his mind.

“I wanted to wait until we were out camping tomorrow, but maybe here and now --”

The words stopped dead and the blood drained visibly from Gregg’s face. His gaze was fixed on something over Euan’s shoulder. Twisting around, Euan searched for what could have so upset his friend.

There was nothing to see, if you discounted the platinum blond bombshell of a twink who sauntered in their direction, ignoring the admiring looks of several guys as he passed them. Euan frowned. There was nothing he could see that could have caused such a reaction from Gregg.

“What is it?” Euan wondered if Gregg had suddenly remembered something he’d meant to do before coming away.

“Brice” Gregg almost croaked the name as the blond stopped by their booth. “Why are you here? This isn’t normally upmarket enough for you.”

The blond, Brice, pulled out his cell phone and waved it at Gregg. “GPS. Remember? I told you it would be good to have in case of emergencies.”

A frigid blue gaze raked over Euan making him feel like something that had crawled from under a stone.

“Yes. Do I know you?” Euan peered a little harder, certain he didn’t know the newcomer.

“You turned your back on me for him?” The blond stood with his hands on hips and stared at Gregg.

The scorn sliced through the fog Euan felt had enveloped him. What the fuck was this guy talking about?

“Leave it, Brice.” Gregg stood, his cheeks flushed, and he glared at the blond.

“Look at him. He doesn’t even know does he? I’m Brice. Gregg’s boyfriend. Or I guess that’s ex-boyfriend now.”

Euan felt as if he’d been punched in the gut. Gregg was gay? And hadn’t told him? The burn of tears pricked at his eyes as his world crashed around him.

“You fucking bastard, Brice. You were never my boyfriend. Euan, I’m sorry. I wanted to tell you. I wanted to do it when it was just us on our trip.”

“You’re gay?” Euan shook his head. He wouldn’t have believed he could feel such pain. He felt as if his chest was caught in a vice, he could barely catch his breath.

“I don’t think so.” Euan slipped out from the booth. He needed to get away.

“Euan. We came in my car. Let me take you home. I’ll even take an overnight bag to the motel if you want. I swear I’ll explain everything to you. But not like this. Please. Don’t let Brice destroy our friendship.” 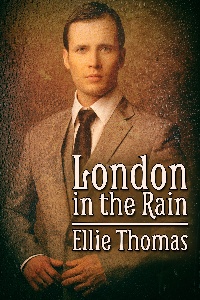