Sequel to The Language of Love

For their honeymoon, Nathan and Eduardo travel to Puerto Rico, Eduardo’s birth country. Besides lots of romantic time in the Newlywed Suite, Nathan will finally meet Eduardo’s extended family. Nathan is most nervous about meeting Eduardo’s grandmother, who has yet to openly accept Eduardo’s sexuality or mention anything about their wedding. But unbeknownst to Nathan and Eduardo, more serious challenges are on the horizon.

When the couple gets separated in a tropical storm, their new marriage is put to the test. Eduardo is knocked unconscious by a falling tree branch, twisting his ankle and getting a concussion. He wakes up in the care of Alex, an obsessive flame from the past, who wants to rekindle the passion they once shared. Meanwhile, as Nathan anxiously waits by the phone to hear from Eduardo, the hot pool boy who’s been eyeing him finally makes a move.

Separated and without contact, will Nathan and Eduardo be able to resist temptation and remain faithful to their vows? Will they fight for each other, or will their marriage crumble under pressure before the honeymoon even ends? 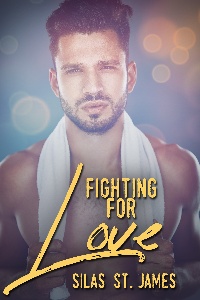 Later that day, however, we had a proper adventure in store. Eduardo had booked us for an afternoon of ziplining. He was much more thrill-seeking than me, and I had begrudgingly agreed to do it with him after he begged me for weeks.

I was so nervous, I didn’t eat much at lunch. The last thing I wanted to do was throw up while zooming thirty miles per hour over the rainforest. I could only imagine the look of surprise on the zipline employee’s face if I came to a stop at the next platform with fresh puke on my shirt. Therefore, a light lunch would do just fine.

Our ziplining group had six other people: a couple who could have made it on the cover of a fitness magazine, and a couple with two adolescent kids. On the first platform, I did my best not to look down. I fidgeted with the harness that yanked up my junk. It basically gave us all frontal wedgies.

“Let me guess, this is your first time ziplining?” the female half of the athletic couple asked me with a grin.

“How could you tell?” I said timidly.

“Oh, just the pale look of terror on your face,” she said with a chuckle. She then got in line behind the family of four. The boy was getting buckled in, and he launched himself from the platform as soon as the employee gave a thumbs up.

To be young, dumb, and fearless.

“Did you hear what this woman just said to me?” I whispered in Eduardo’s ear. “She said I looked pale. You know how self-conscious I am about my skin.”

“Maybe her harness will malfunction and she’ll break all the bones in her body,” Eduardo whispered back. “Karma’s a bitch.”

“I thought you said this harness couldn’t malfunction, that it was impossible something could go wrong?”

“Your harness can’t malfunction, babe. Not hers,” he said with a peck on my cheek. “Relax, this will be fun.”

The line in front of us grew shorter, and the edge of the platform got closer. One after another, these people, who clearly had no regard for their lives, flung themselves off the platform and flew across the chasm.

The radio on the hip of the employee crackled and someone on the other end spoke in Spanish. The employee glanced at the sky. I couldn’t make out the whole thing, but I caught something about a storm.

“See? There’s a storm coming. We shouldn’t be up here. Let’s go home, relax, and get drunk by the pool,” I said. “It’s the responsible thing to do.”

“Nathan, stop stalling and trust me,” Eduardo said, looking me dead in the eyes. I ignored his charming brown eyes as he pulled me to the side. “I promise this will be fun. Plus, I’ll make it worth your while,” he said, grabbing my hand and putting on his crotch. The harness lifted all his junk into one nice, sizeable handful. He was wearing thin gray athletic shorts and I could see the outline of his dick head. “The sooner you finish this zipline course, the sooner we’ll be back at the resort.”

The thought of him was the motivation I needed. Eduardo could have fucked me right there on that platform. The blood must have flowed from my terrified brain to my excited nether-regions because I was ready to get off that platform like my life depended on it. I swung around to face the line.

“I’ll go next,” I said assertively, barging past the athletic woman and offering my harness latch to the employee. I leaned back, and the employee pushed me off, all before anyone could notice my erection.

Eduardo turned out to be right. Ziplining was actually very fun. After I realized the wire was sturdy and strong enough for me, I relaxed and enjoyed the warm breeze as I coasted over the lush, green rainforest.

When I landed on the next platform, I turned to the employee with one thing on my mind. “How many more ziplines?”