Kathleen anticipates a simple night of handing out candy to trick-or-treaters, sipping on an intoxicating concoction, and enjoying the parade of creatively attired children appealing for sugary snacks. It’s been two years since the inspiration for her appreciation of Halloween headed South to chart her academic path. She doesn’t expect a little girl inspired by a character named after two days of the week to inspire her first steps of experiencing sexual bliss with a woman older than her grandmother.

Lena exists only to be a guide and support to her nieces. She spent her life traveling the world and expects to spend the rest of her life watching over her family and yearning for the one day of the year she can break free of the confines of her home and experience the world. It’s been decades since a woman entices her to the point of sharing the secret of her eternally youthful appearance.

Two women cross paths on All Hallow’s Eve and, after a night of passion, decide to push past the line between life and death to create a new reality. Sometimes, in order to find the thing missing most, you have to open yourself up to being Ghosted. 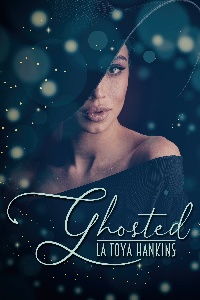 “Trick or treat.” A solemn-looking girl with a caramel apple-shaped face stood at her porch steps. Kathleen appreciated the crow’s wings colored hair braided in two pigtails. The neat style reached the shoulders of a black pinafore dress with white buttons down the front and a white rounded collar. A pair of black stockings and black shoes completed the look. Kathleen recognized the little girl’s costume from sneaking to watch reruns of The Addams Family when she was younger. The girl’s choice of outfit surprised her. Most of the children she saw chose more recent characters to emulate. When Kathleen commented on her costume choice before placing the gelatin fish-shaped candy in her bag, the little girl shrugged and glanced over her shoulder.

“It was my aunt’s idea. I was going to go as Lola Bunny, but when she said I should pick someone unexpected, I decided to go with Wednesday Addams.” The girl’s deadpan delivery did her inspiration justice. “She promised I would be the only person out here with this costume, and she was right.”

Kathleen’s interest piqued. This unexpected twist to her standard Halloween experience caused a spark. It had been a while since something so small as a child’s costume choice surprised her. The experience of seeing a trick-or-treater dressed as more than the standard big-budget superhero or cartoon character sent fizzes throughout her body, or maybe it was the last few sips of her drink? Regardless of the reason, it served as a delightful treat, much more satisfying than the chocolate miniatures she had been eating.

“I like the way your aunt thinks. Why don’t you invite her to come up and get some candy as well?”

For a moment, the girl’s eyes sparkled. She looked like she was considering smiling, then decided not to ruin her portrayal. Instead, she turned and gestured for her aunt to approach the porch.

Kathleen’s hoped her reaction to seeing the guardian didn’t betray her thoughts. Hello, gorgeous. A long coal wig cascaded around a rich sepia face blessed with lips a shade of ripening pomegranate. Carob-colored eyes rimmed with onyx liner met Kathleen’s with a look of flirtatious interest. Kathleen’s focus on maintaining the gaze didn’t prevent her from appreciating what appeared to be seventy-two inches of well-fed thickness. A raven-dyed dress clung to every curve like a sports car on a mountain road. Kathleen detected a hint of cinnamon radiating from the woman, which just added to the intrigue. She inhaled. There was another scent there -- ginger, vanilla, or was it black licorice? Whatever it was, it earned her attention.

Looking from niece to aunt, Kathleen realized there was no way to deny the family resemblance. The two shared the same rounded cheekbones, Nubian noses, and mouths with lips pursed as if their breath was too precious to be wasted. Then the woman smiled, and a piece of Kathleen’s anatomy she almost forgot existed pulsated.

“My neighbor said she liked the costume idea,” the trick or treater explained before Kathleen could offer an introduction.

“Thank you. I am always encouraging Phoebe to chart her path. Why follow in the footsteps along a way already walked? Life is too short to go with the crowd.” Kathleen’s pulse accelerated. A woman with a slow sorghum voice never failed to excite. The sound coming out the woman’s mouth reminded her of the smoky topping her mother used to enhance the biscuits she served for dinner. That voice was Southern sexiness. Kathleen knew the temperature outside was dropping, but that voice sparked a creeping heat in places one doesn’t mention in polite company.