Hayden Owens is just a typical graduate student working his way through school as a barista for the Owens Coffee Company -- no relation. But he keeps the "no relation" part to himself when he meets dashing, older Neal Kirchner, a successful architect from an old-money family. Hayden doesn't exactly lie, but he figures it can't hurt for Neal to believe he's a rich kid. After all, Hayden doesn't want Neal thinking he's a gold digger.

Neal Kirchner is Asian Indian and British decent. His parents became Christians, shoving their heritage to the side. Neal has returned to the customs and religion his grandmother cherished. On top of being a very successful architect he's heir to the Indian Rose Tea Company, a business that's been in his family for generations.

Neal's passion is high performance cars and he meets Hayden at a fundraiser for the automotive engineering department of Clemson University. They are immediately smitten with each other. The closer they become, the harder it gets for Hayden to come clean. Something always seems to get in the way. When a company bankruptcy and a jilted, vindictive woman threaten to expose his charade, Hayden thinks it's all gone down the drain. Luckily Neal is ready with some innocent trickery of his own, but will their relationship survive? 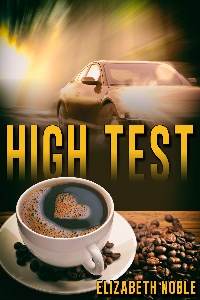 The coffeehouse closed at nine. Late in the evening, a slow period hit, and Hayden was wandering along the tables and booths tidying the area, humming under his breath as he worked.

The bell over the door chimed, and before Hayden could turn around, he heard a familiar voice. "You really do have a very nice voice."

"Still working the floor, I see." Neal nodded at Hayden's chest and held out his hand. "It's okay to stop in here to see you, I hope? Or did I just make a complete ass out of myself trying to be all smooth and cool?"

"No ... yes ... I mean, no, you didn't make a fool of yourself, and yes, of course it's fine. In fact I love it when you drop in." Hayden bit his lip. He shook Neal's hand quickly. When he tried to draw his hand back, Neal held on for a few seconds more and gave Hayden's hand a soft squeeze. "I'm not --" Hayden continued, or tried to.

"I completely missed the cool and smooth mark though, didn't I?" Neal cut Hayden off. He let go of Hayden and put both hands in his pockets.

No, you blew by cool and smooth a long time ago.

Hayden smiled and said, "I don't have enough information to decide yet." Where did that little clever, flirty statement come from?

"I'll have to work on providing more information." The corner of Neal's mouth twitched up.

Hayden inched toward the end of the case, intending to get behind the counter. He caught a glimpse of Steffie shooing him back onto the floor. Feeling like the proverbial deer in headlights, Hayden froze in his tracks.

Neal glanced around the coffeehouse. "Pretty dead tonight, huh? I like this -- just us."

"Yeah, most of our customers come in during business hours." Hayden shrugged. He heard Steffie hit the bean grinder. The noise made Hayden jump. "They need those caffeine shots to work a long day."

Hayden gulped and nodded. He turned back to the case. "So, you never said. Decaf or ... not?"

Steffie appeared with two mugs in hand. "There were just enough beans left for two cups. It seemed silly to leave them until morning, and I wanted to clean the canister." She plunked the mugs onto the table and nodded at Neal. "It's one of Hayden's favorites. I hope you like it." Turning to Hayden, she put her hands on her hips and smiled far too sweetly at him. "I believe it's your break time."

Neal touched Hayden's arm and dipped his head to the table. "This smells wonderful. Join me?"

Was Steffie in some conspiracy with his apparently newfound friend? Hayden threw caution to the wind, swallowed his shyness and apprehension, and sat down. If Neal was simply on the hunt for a one-night stand, at least Hayden would probably get a nice dinner from him. While they sat together, Hayden scrambled around in his head to find a way to say he wasn't who Neal thought he was without blowing this whole thing.

Neal sipped his coffee, sat back, and smiled. "Very nice. Hint of chocolate, I think."

Hayden nodded and took a taste to confirm which one it was. "Chocolate and caramel. It's a popular brew here. I like it while I'm working."

"Putting in such long hours. How well I can sympathize with those!" Neal laughed a bit, shifted in his seat, and gently brushed his fingertips over the back of Hayden's hand where it rested on the tabletop. "What's your connection to the university?"

"The high-performance engine design program," Hayden said. He fiddled with his glasses for a second. Another sip of his coffee and Hayden tried to hide how mortified he was by his responses. "Car engines."

"Really? That sounds fascinating. I'd love to know more."

"I ... um ..." Hayden took a deep breath. "Most people think it's geeky and boring. Too much math and not enough cool cars." He realized right away there'd been no questions about the coffeehouse franchise and why Hayden would have a career outside of what Neal must think was Hayden's family's business.

Neal laughed. It was smooth and pleasant. "I'm an architect, so sort of a related field, remember?" He drained his coffee mug and reached for Hayden's. "Finished?"

"Nonsense." Neal stood up and took both mugs back to the counter, handing them over to Steffie. "Thank you. That was very tasty." He took out a few bills, but Steffie waved him off.

"Our secret," she said and took the mugs.

Neal returned to the table. He rested one hand on Hayden's shoulder for a few seconds. "I'll see you soon. I look forward to our second date."

Before Hayden could process what Neal had said, let alone respond, Neal was out the door. Second date? Had he just had a first date and not even realized it? He twisted in the chair and looked over at Steffie. She was smiling smugly and rocking on her heels.