I Always Choose You (FF)

RaeAnne Hunter has two secrets: the first is she’s gay. The second is she wants to know what it’s like to smoke weed. While smoking with her friend Morgan, she meets a woman named Kenzie and the two soon form a relationship. Rae doesn’t tell her other friends about either her partying exploits or her new girlfriend. But she does start smoking weed with her brother Jacob, and the two call it Family Night.

Rae wants to go to college to become a doctor, but she decides to take a year off to party first. Kenzie turns out to be wilder than Rae expected, but Rae still loves her and wants things to work out. Meanwhile, Rae and Morgan become closer, and Morgan proposes that she and Rae start their own secret relationship.

Rae thinks her current situation is perfect. She doesn’t want to get married any time soon, and she wants to experiment with both drugs and women. As her partying escalates beyond weed to include more drugs, and her time spent between Kenzie and Morgan becomes more complex, will Rae find she has taken on more than she can handle? When Jacob starts messing with even harder drugs, will Rae be able to influence him to be safer?

Rae’s thoughts become more confused on whether she likes Kenzie or Morgan best, but maybe living with them both will fulfill her wildest dreams. 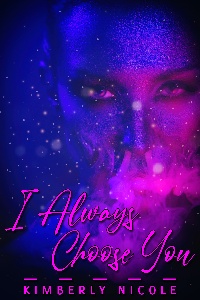 I Always Choose You (FF)

When Friday came, I told my friends that I had to go somewhere with my mom. I impatiently worked four to eight, walked home, changed clothes, and texted Kenzie.

Within five minutes she was in front of my house in a green Buick.

“Hey!” I hopped in the front seat.

She turned her music down a little to greet me, and surprisingly, gave me a hug.

Potterstown was only fifteen minutes away. That’s where Kenzie went to school. I had never asked why she didn’t go to our school.

“Want to smoke something on the way there?” Kenzie asked, holding up a joint.

Being high and listening to loud music while riding eighty miles per hour in a car was indescribably amazing. We reached Potterstown and pulled up to a small brick house on a dead-end road.

When we walked inside, the place was packed. Loud music blared, and a haze of smoke filled the room. Kenzie introduced me to several people. A blunt and a circle of people formed out of nowhere and I found myself smoking weed with a bunch of people I didn’t know. I felt connected to all of them.

Afterward, Kenzie led me to a side room by the hand.

“Do you want to try one of these?” she asked, holding out her other hand. In her palm were several white pills.

“What are they?” I asked curiously, not letting go of her other hand.

That sounded too good to pass up. I picked one up and Kenzie put the rest in her pocket. Then she moved in closer to me. Whatever scent she was wearing smelled intoxicating.

“Whatever happens tonight can be just between us, all right?” she asked.

Then she leaned in and kissed me. In complete shock, I realized I was kissing her back. I closed my eyes and put my hand to her face, thinking of nothing but the moment I was in. I shivered in surprise as she pressed her body against mine and put her arms around me. I had never kissed anyone before, and slowly wrapped my other arm around her to pull her closer. I felt hot and lightheaded. This was better than I ever imagined. Kenzie kissed me harder and I clutched her back for support, breathing heavier. All I could think about was how beautiful she was, and I pressed myself up against the body pushed against mine, feeling almost delirious.

After a while we pulled apart and smiled at each other.

I only drank two beers. I didn’t want to be as drunk as Jacob had been the other night when he couldn’t even get the door unlocked. The combination of weed and that pill had me feeling pretty good, though. Kenzie gave me another pill a couple hours later. Finally around two A.M., people were slowly starting to leave or pass out.

“Ready to go back home?” Kenzie asked me.

I realized I was going to be spending the night at her house and gulped as I nodded, wondering what was going to happen.

This time, in front of everyone in the living room, Kenzie kissed me again. I wrapped my arms around her and breathed in her scent, tasting the alcohol on her breath. She hadn’t drank much either, but sometimes it seemed like she pretended to be drunk around her friends.

We left the house hand in hand and then got into her car.

“Two important things,” she said before starting the car. She reached into a backpack in the back seat. “Listerine breath strips --” she handed me one to put in my mouth. “-- and body spray.” She sprayed her hair and clothes, me all over, and everywhere in the car in general. That was what made her smell so good.

On the way back we listened to music, and she reached over and grabbed my hand again. This was great.

When we reached town, we were almost to Kenzie’s house when red and blue lights flashed behind us.

“Shit,” Kenzie said, sounding not surprised, but resigned. She let go of my hand and punched the steering wheel.

A white male officer in his forties appeared at Kenzie’s window.

“I’d like to see both of your driver’s licenses,” he said.

My eyes nearly popped out of my head. This was it. I was about to go to jail.