I Choose You Again (FF)

The year is 2020 and coronavirus is sweeping the nation, along with protests across the country. Rae wonders if this is the start of a real revolution. She has many questions for her wife Morgan, but is confused and hurt when Morgan tells her to stop looking to her for all the answers and do her own research. Rae realizes as smart as she thought she was, she has a lot to learn about the world.

On a date night in early June, Rae must get creative and show Morgan a good time to prove how much she loves and appreciates her. Will a run-in with Rae's ex-girlfriend Kenzie ruin the evening? How wild will their date night get? 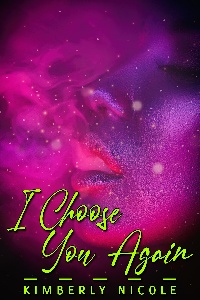 I Choose You Again (FF)

In my spare time, I looked up US history videos, surprised by the things I was never taught in school. I had thought I was a fairly smart person, and always made good grades, but I was astonished by how little I really knew. I was really interested in a teacher named Jane Elliott, who performed experiments in her classrooms about discrimination, and all the things she had to say about racism. Drunk History on Comedy Central was a hilarious way to learn, as the narrators of the story got increasingly drunker as they told the truth about the past. I followed several pages Morgan followed on Facebook, so that I could get information on my own newsfeed, instead of always having her show me. Sometimes we'd watch videos together and discuss them, and sometimes I did research on my own. But other times I lost courage on how to change the country when I didn't even know how to deal with my own father.

"The younger generations are leading the way," Morgan said. "We can't change every single person's heart, but we can at least do something to make sure real change is made in the future."

I ordered some books online, including Stamped: Racism, Antiracism, and You by Jason Reynolds and Ibram X. Kendi, and another book by Kendi called How to be an Antiracist.

There had only been one protest in our town, but Indianapolis was having protests every day. We watched the local news, sad when there was violence on either side, but for the most part happy that the protests were peaceful. We watched footage of protests around the country, and then around the world, and realized we'd never seen such a thing in all our lives.

By June, even though the country was opening back up, there were still restrictions. Indiana was doing pretty well in all, but Morgan and I still wore masks and didn't go anywhere except the store. Morgan's job opened back up, and my online classes ended, so I had a lot more time on my hands. I decided to work at the factory, where I had previously worked before, for the summer. They needed the help so I got right in, Morgan and I working the same shifts, but in different departments.

But I decided that Morgan and I deserved a date night, after all the time we'd spent locked away. We still didn't trust the public much, though. Fewer people were wearing masks, some restaurants were open at fifty per cent capacity, but still I wasn't ready to just run out there and dive in.

Morgan and I had already found some pretty entertaining ways to amuse ourselves. One night she performed a live concert for me, playing guitar and singing in our party room with the strobe and black lights on. We drank every variation of alcohol we'd ever heard of, and made Black Lives Matter and pride posters to hang outside our house.

I needed to think of something new.

"Let's get dressed up and go out tonight," I told Morgan on our next day off. "I have some plans for us."

Morgan dressed as if she were going to a club: short skirt, make-up, and all, her hair beautiful. I put on a dress. I never wore make-up, but I let my hair down and I decided to drive. It was about seven o'clock, still light outside.

The first thing we needed to do was get gas and cigarettes, so we stopped at a gas station in town, both of us going inside, wearing masks.

As we picked out drinks, I saw someone out of the corner of my eye. I turned, and it was unmistakable even under the mask: short, spiky blonde hair, all black clothes, it was my ex-girlfriend and first love, Kenzie.