Never let your guard down when I’m around.

It looked a little out of place, but what’s life without a little whimsy? The cottage was quaint, and Gavin’s plan was to live there forever.

The first visitors came dressed for the Harvest in hats of dried fruits and pumpkins. Their eyes were bright red, almost glowing, and Gavin stifled a laugh as he welcomed them. He asked one couple where they had bought their costumes and joked along with them when they said they were not wearing costumes. “This is who we are, Sir,” one man said. Gavin smiled and turned his attention to the next couple. He didn’t see the look of hunger on the face of the man who had walked away. Gavin is a tasty morsel, the man said to himself.

The staff members didn’t know why Gavin had come to their island, but many suspected he was hiding from someone. He tried his best to fit in with the island natives, so as not to raise suspicions. He dressed as they did, and he did the same work they did. No one was the wiser, or so he thought. He didn’t know that he need not try so hard to fit in. The islanders wanted him to stay and they planned to keep him.

When he met a cute, young woman named Maddy, he was awestruck. And so was she. Maddy had heard from the locals that he looked like a supermodel, but that was an understatement. His body was perfect, not too thin, not too thick, and his face was beautiful. His eyes were the bluest eyes that Maddy had ever seen. Perhaps he would like to become one of us… for good, she thought. He would sire lots of beautiful witches, unique witches.

Gavin smiled at her, and she let out a laugh that sounded more like a cackle, and it caught him off guard. Maddy studied him intently and realized it wouldn’t be easy to take advantage of him, but she would do it… for the coven. He was in for quite an awakening, this man new to the island. 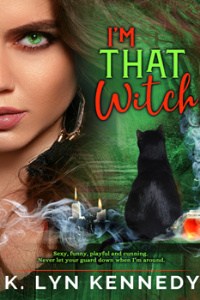