Ryan Fremont’s life reads like a tragic novel. His mother died when he was a baby, the stepbrother he’d come to love disappeared over ten years ago, his career as an author has tanked, and his father died just as Ryan was about to begin a new job with a church metal band. But life goes on, and so does Ryan.

Imagine Ryan’s surprise to be unexpectedly reunited with the person he misses more than anything. Life is looking up. But Ryan has questions he isn’t sure how to ask Ben, the stepbrother he lost all those years ago. And he isn’t sure about some of the people who surround Salvation, the band Ryan’s working for.

Can Ryan dispel the ghosts of the past so that he and Ben can have a future together? Or are some things too strong to be overcome? 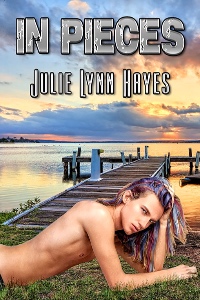 “When will Daddy be here?” Eight-year-old Ryan Fremont was growing impatient. Practically glued to the living room window since lunch, he’d only left the spot when his babysitter shooed him off and told him to go play or watch TV. Mrs. Windom was also his next-door neighbor, and she’d been watching Ryan as long as he could remember—after school, and sometimes evenings and weekends. Normally, he was a very obedient charge, but today he was too excited to listen. Daddy was bringing him a surprise when he came home, and Ryan knew exactly what it was going to be.

A puppy! A little dog of his very own. That was the only thing in the world Ryan wanted, so what else could it be, right?

“He’ll be here any time now, you’ll see,” Mrs. Windom said in that soothing voice grown-ups used on kids to get them to behave. “Want some cookies and milk while you wait?”

The offer was tempting, but Ryan shook his head. He could always have a snack, but greeting his puppy for the very first time was too important a moment to miss.

After what seemed like forever, he saw Dad’s car pull into their driveway, launching Ryan into even greater paroxysms of excitement. “He’s home, he’s home!” he sang over his shoulder.

“Why don’t you go meet him?” Mrs. Windom suggested, but he was way ahead of her, flying out the door before she even finished.

Daddy was already out of the car. As Ryan watched, he crossed over to the passenger side and opened the door. A strange woman emerged. Daddy closed the door, then turned to her and kissed her. Ryan frowned. What did she have to do with his puppy? And why was Daddy kissing her?

Next the two adults opened the door to the back seat.

Now we’re getting somewhere, Ryan thought. He must have put the puppy there for the ride. He began to jump up and down in excitement. Daddy turned and saw him. “Stay there, kiddo, we’ll be there in just a minute.”

But what they brought out of the back seat was not a puppy. Instead, it was a small boy, with curly blond hair. He reminded Ryan of a poodle he’d seen once. The boy looked to be a few years younger than Ryan, and he seemed reluctant to get out of the car. Ryan’s intuition told him something wasn’t right when Daddy took the boy’s hand in his once he’d closed the door.

So where was his puppy?

Daddy and the strange child approached him. The strange woman walked behind them. He looked up at her, into her eyes. Something about her gaze was unsettling, so he looked away, back to the child. The boy was very pale, and he had enormous blue eyes. His mouth was screwed up, and he looked like he was about to cry.

Brother? Ryan didn’t have a brother, and he didn’t want one.

“Where’s my puppy?” he blurted out. The boy named Ben began to fidget.

“There’s no puppy,” Daddy said. “I brought you a brother. And this”—he turned to the woman and put his hand on her shoulder—“is Liza, your new mama.”

All Ryan heard was no puppy. His bottom lip began to quiver at the greatest betrayal he’d ever experienced in his young life. No puppy? How could that be?

“Now Ryan, be fair,” his dad was saying. “I told you we’d talk about a puppy, didn’t I? This is better. Ben’s a brother. You two will be great friends, I know. And Liza will take good care of both of us, won’t you sweetheart?”

Ryan was furious and hurt and beyond all sense of reason. What had his daddy done? Who were these people? He wanted them to go away, to get out of his life. He didn’t need them, didn’t want them.

As Ryan watched, a tear streaked down the younger boy’s cheek. They stared at one another for a long moment, as if sizing each other up. “It’s your fault I don’t have a puppy,” he told Ben in a stricken voice. “All your fault. Just go away!” Without thinking, he pushed the smaller boy, who fell backward in stunned silence, while Ryan ran into the house and straight into Mrs. Windom’s arms, sobbing.

Ryan Fremont shifted his weight from one foot to the other and glanced up into the sickly gray St. Louis sky. Not that he cared about the weather, but anything was better than staring at his dad’s casket. Wondering whether it would rain again kept him from dwelling on the harsh reality of his father’s death. The clouds seemed to be gathering for a second assault. At least the rain had let up before they’d exited the chapel for the cemetery. That was something. Nothing more cliché than a funeral in the rain. Although maybe there was a certain symmetry to it, as though the showers were a form of penance, a washing away of sins. The minister who’d performed the graveside eulogy had spoken the usual platitudes about dust to dust, ashes to ashes, but didn’t life really begin with water? Well, amniotic fluid, anyway. So maybe it was apropos that it finish in wetness, too.

In the end, did it really matter?