While collecting stories for a sexual and gender thinktank, Jason Caroline uncovers the existence of a secret call agency that provides a service covering a range of sexual appetites and fantasies. Some of these wishes are fantastical, almost impossible to execute, and sprout from the magical worlds where secrets are kept.

Who are these workers who worship dreams and desires? And make them come true? Nobody knows except the workers themselves, of course. And gentlemen never tell ... or do they? 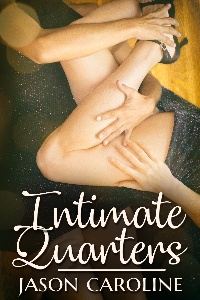 He was rather strapping, not too much; she herself was not a very big or tall girl. A shock of black fringe fell sideways over the side of his slightly bony face. A face that did not seem to fit in with his rather thickset wrists and workerist hands.

“Anyway, it is too late,” he informed her, glancing at his watch. “My job is to make your wish come true, even if you’ve changed your mind. Which is what most of them do.” He flashed her a grin, all-knowing now, and shrugged his shoulders.

She could feel herself becoming stern. She flicked a glance sideways. But there was nowhere to run.

“Something which she had ordered?”

And it was this, she now remembered: It had to happen swiftly and take her by complete surprise. The surprise part was essential, she recalled herself as having told her company that night so many months ago. Martina was already drunk when she wrote down her fantasy request, which she read out aloud to her party mates when her turn arrived.

He had to be handsome and not take no for an answer. And “it” had to be ravishing. There were giggles, laughs. It had to be over, completely, as in a disappearing trick, before she had time to think about it.

“Like my first orgasm, on the lawn, when I was eight years old and I rubbed my legs against each other out of boredom. It must come from nowhere.”

He, the order, walked closer to the side of her desk now. He had a piece of paper with her wish in her own handwriting written on it and he read it back to her. Then he stuffed the torn out slip back in his pocket. He was right next to her now. As if in a trance, she got up out of her chair to face him. He was only slightly taller than her. And much stockier than his face suggested.

She was not normally inclined to instant arousal, but this was different. Being taken by the surprise recollection of her fantasy propelled her into a state of excitement she could hardly contain.

He took something else from the pocket of his cotton jacket, which he wore over an open-neck shirt. Flashed it. A condom in its wrapping. Meant to reassure her. Then he deftly unbuttoned the frontal buttons of her gossamer-light mixed-fiber one-piece working dress, and pulled it up off over her head in one seamless go, her lifted arms conceding. It was a close-fitting but stretchy garment and deserted her like a breath, falling soundlessly somewhere behind him.

It felt to her as if she were watching a shadow dance with other people in it. The bra went flying over her head and a clasp of cold air hugged her. And her panty left her skin as surgically as gauze. He swept it down over her legs and knees. Unceremoniously he then knelt at her feet, like a valet, to lift her feet one after the other to free the slip of clothing, after he slipped off her shoes.

She felt flat-footed, she could hear her soles make pat sounds like dough on the cold cement.

She was super-aware of her breasts because they were smallish. Her nipples were erect and straining slightly and she was hiding her crotch by crossing her legs.

“He then lifted me by the crook of my knees and put me down with a thump, naked butt first on the desk, just as he dropped his loose-fitting summer longs,” she recalled.

I asked: “You didn’t feel…invaded?” The field workers had to ask about emotional reactions.

Then he pulled her by her buttocks up close to the ridge of the desk. She flipped open. Where he was standing, he was framed by the V of her thighs. He looked like the head of a grasshopper, her snapped legs being its wings, from where she lifted her head lying on the desk, to look at him.

“Believe me,” she told me. “I am a karate expert. I am not the kind that gets put down for nothing by a man. But I found myself part of the game somehow.”

His face and upper body came closer through the V, as he leaned forward. Her calves dangled in the air. He looked at her unblinkingly. And she lay back and closed her eyes.