Love and the Living Tree (FF)

When Rose has to find a place to volunteer to satisfy an academy requirement, she never dreams she’d find a fellow werewolf running a soup kitchen that also features live music. Rose is a violinist and drummer trained in the Irish tradition and she longs to use her skills. It doesn’t hurt that the first picture she sees of Ama makes her go weak at the knees.

Ama, the werewolf who runs the soup kitchen, is suppressed and ruled by her parents. Due to several childhood struggles, she is seen by her family as weak. She tries to overcome this by running her own charity and helping people she considers less fortunate.

Their attraction is strong and instantaneous but is complicated when the two discover vampires are feeding from their customers. Rose wants to see vampires as a discriminated species; Ama views them as parasites. Neither assumption is quite accurate. Can Rose and Ama look past their differences and work together? Can they band together to protect not only the people they care about, but one another? 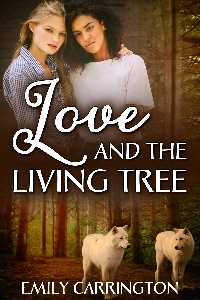 Love and the Living Tree (FF)

Ama shook herself out of her dark thoughts as Rose began to play. Whatever this young werewolf was, danger or help, she deserved Ama’s attention until it was proven that she was a threat.

The first note Rose drew from her violin was sonorous and long, a cry of need. Then she launched into something faintly Irish. The music hummed through Ama’s bones, centering itself in her sex when she looked into Rose’s eyes.

She wants me. The longing was all over Rose’s face.

So? She’s not the first. True, but she was the first female werewolf to seek Ama. She wasn’t quite sure why she hadn’t been approach by others of her gender and sexual orientation, but maybe it was her parents’ power in the werewolf community. Maybe it was because she’d spent so long around werewolves who saw her as a child. Or maybe it was simply that she hadn’t found the right person yet.

Rose started into another song, “Molly Malone,” but Ama raised a hand. “What was that first one?”

Rose blushed. Very prettily, Ama thought. “It’s something I made up a few years ago. To go with a poem one of my packmates wrote.”

“I liked it.” She considered telling Rose to stop, but she had a sudden and bone-deep need to hear the wolf play on, so she said, “please. Keep going.”

Rose went back to “Molly Malone.”

She seems stable enough. My empathic ability tells me she has no immediate malice in her.

When Rose finished with the Irish folk song, Ama held up her hand again. “You’re very talented. We could definitely use you.”

Rose beamed. “Thank you.” She began to put away her instrument.

“I have a couple of questions. What made you seek out this particular charity?”

“I didn’t like that all the food banks I saw were being run by people with a religious bent.”

“Are you atheist?” Ama asked with some curiosity. She’d never met a wolf who was.

“No. I believe in the moon goddess. I just didn’t like it that people were being asked to believe a certain way.”

“Many churches don’t make belief a requirement for getting fed.”

Rose blinked, obviously confused. “Then if they’re not looking for converts, why do they do it?”

That was a complicated question. Rather than give the simplest answer, Ama said, “That varies person to person. But they’re not all out to proselytize.”

“I don’t know much about humans,” Rose admitted. “That will definitely have to change if I want to work for SearchLight.”

At least she knew that. Ama decided she could let down her guard a little. “What do you want to do for SearchLight?”

“I want to be an archivist.” Rose grinned. “I love organizing things and figuring out answers to others’ questions.”

Her violin was away, the bow carefully tended before it was settled in with the instrument. Rose drew the case across her stomach and met Ama’s gaze for a moment. “Do you think ... I mean, this sounds ridiculous but you’re so very beautiful ... Do you think we could sleep together?” She held up a hand. “As many or as few times as you want. I just ... You’re lovely. And you have this sense of power around you that’s ...” She swallowed audibly. “Arousing.” 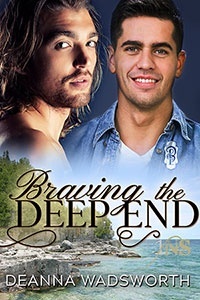