Mary Elizabeth Nelson is the oldest child in a conservative Roman Catholic family in a wealthy suburb of San Francisco. As a sophomore at Berkeley in 1983, Mary is discovered by her mother in a "compromising position" with another woman, and she is summarily disowned.

She moves to New York and works as a waitress. While auditing an Austen seminar at NYU, she falls for fellow student, Betty Anne Elliot. The two foolishly share one night of passion before Betty decides to marry and disappear from Mary's life.

That is, until twenty years later when she calls still-single, successful writer Mary out-of-the-blue. Can the romance they had that first day blossom into love and passion? 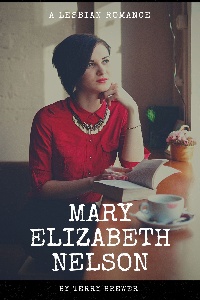 You know how my mother’s knock on my door changed everything in a flash? Much the same thing happened with Betty.

It was early April 1985. I was preparing for the night’s dinner shortly before the restaurant opened. She walked in. She asked to speak to me. I do not know when I had last seen her, probably briefly in February when I was crossing campus. She wore the ring. My boss said I could take ten, and we stepped outside.

“I can’t stop thinking of you.”

“Listen. I cannot stop thinking of you.”

“Betty, you’re straight and you’re engaged. We haven’t seen each other in months. What are you talking about?”

“I don’t need reminding. But look. And you can walk away if you want. I’ll understand. But I need to know. I cannot spend the rest of my life wondering. Look. I hope it’s ... that you’re nothing special.” Seeing my reaction to this little “compliment” she added: “I mean to me. That I find out that there is nothing and can be nothing between us. And that’d be that. But, fuck, please. I. Can’t. Stop. Thinking. Of. You.”

We were on the sidewalk, my ten minutes almost up. In shock.

And that is how I ended up meeting Betty for drinks at a bar in SoHo five days later. It was the worst date either of us ever had. Because there was something. Hell, I knew there would be when I agreed. We went out on several more dates on the West Side. By then I had moved to a one-bedroom on West 83rd Street.

On a Sunday in May, we made love. It was the only time we consummated our relationship. We both knew it would be. We both knew it was stupid. Before we walked to my apartment, she told me she loved me. I had long loved her but I knew I could not say it and I did not. We knew it did not matter. She made her commitment to Gerry and was not going to walk away from it and from her family. This was 1985, remember, and things were a lot different then. They still are for some families.

“I don’t have the courage to do what you did.” And I held her before we got to my place and we made love. I stayed in my bed as she got dressed and did not move when she gave me a final kiss. On my forehead.

I found out -- I am not sure how -- that she married Gerry and they had a couple of boys and lived up in Yonkers, a city just north of the Bronx. Near Sarah Lawrence College. It might as well have been the Dark Side of the Moon as far as it mattered to me. That’s all I knew of her.