Born into a completely dysfunctional family with a mentally challenged younger sister, Gale found life particularly hard. The Navy a good place to hide and to grow despite his guilt over leaving his sister unsupported by other family members.

Nine years later, he returns to civilian life to find the old home abandoned, his family gone, and his sister missing from the group home her special education teacher Dave had arranged for her. Dave was Abigail’s only constant during the time Gale was away.

Worse, a major storm is on the way, promising flash flooding and damaging winds. Gale reaches out to Dave only to discover he doesn’t know where Abigail is, either. The two team up to find her, and in weathering the storm, they find solace in one another. But what will happen when the storm is over? 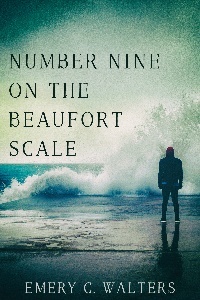 Dave said, “High tide is about ten P.M. Three hours from now. Shit shit shit. Is that your street? No, that’s Oak, yours is Elm, right? Two more blocks.”

It’s a good thing his old car was high off the ground; if he’d had a rental like the Mercedes I was using, which had a four-inch clearance and had seemed like a great idea at the time, he’d have been underwater by now. Or at least, we would be having water coming in through the floor boards. Maybe.

Speaking of, there it was. I could see that red rental Mercedes I’d parked by my old house, on the downhill side in our driveway, intermittently through the swish of the windshield wipers. It was standing wheel-deep in water. I was glad I’d taken double insurance on it. I shuddered, anyhow. No one liked to trash a nice car. Dave pulled in on the uphill side grass. We looked at each other, sighed, and opened our doors, slamming them and darting as quickly as possible to the front door, which was closest, and had a covered porch to hide under while I fumbled for my key. Dave tried the door, and it was unlocked. We exchanged surprised looks, and went on inside.

The only light was from the storm outside, the actual lightning strikes, which came frequently, and the ambient light from car headlights, smeary with rain, or from cloud to cloud lightning. The latter seemed nonstop, even though the sky was almost invisible, otherwise, black and heaving with clouds that looked like waves on the sea.

“Who’s here?” I shouted, making Dave jump about a foot high, beside me. He grabbed my arm. “Fuck’s sake! Don’t do that again!” The rest of what he said I couldn’t hear for thunder echoing around the, as we thought and hoped, empty rooms. He was close enough to me that I thought I could kiss him. He was anxious enough not to realize what was happening, should he hate the idea, and I could just say I was frightened and didn’t mean anything except to comfort myself. Or him. Who cared? I started to giggle. The second he closed his eyes and took a deep breath, to center himself I suppose, I did it. I kissed him right on the lips. Of course, it would be at that very moment that we heard the moan coming from upstairs ...

Dave pulled back a bit, not very much, from my kiss, and whispered, “Was that you moaning? Because it wasn’t me ...”

“The attic,” I whispered back, “It’s coming from the attic.”

“You goose!” I couldn’t help it, He was holding me so tight now that I didn’t care if it was fear or love; I liked it a lot. “Yes, there’s an attic. It’s quite small. There’s a narrow stairway from the pantry, off the kitchen. Come on.” Hardy har har, I said to myself, I’m probably more scared than he is, but at least I have nine years of knowing how to kill people when I have to. He’s just a trained psychologist or something. “Follow me,” I said, “Let’s do this.”

He wouldn’t let go of my hand, which was fine. I didn’t have my gun with me anyhow; it had seemed like a stupid idea to bring one home with me, but I had; only, it was in the trunk of the Mercedes, outside, with my clothes and gear -- and a powerful flashlight. I was prepared for anything, right?

Trying to see where I was going while rolling my eyes at how stupid I was, I led Dave through the kitchen and into the pantry. The door to the attic steps was open and the moaning was much louder now. It sounded more like crooning, like you would do if you were rocking a frightened child to sleep.