This is a short anthology of five true, inspirational stories which illustrate the amazing power of optimism.

Read about an airport shuttle driver who inexplicably waits past his midnight deadline for the author’s family. Find out what happens to a farmer who demands payment for hay he made but was given for free, or the stable manager who demands high payment from a rider to replace fence boards and posts the rider’s horses didn’t break. Meet a young man cured of Bell’s Palsy through prayer, or the unhappy woman who helps pay for a young relative’s college tuition after the author prays for her well-being.

Coupled with forgiveness and charitable thinking towards those who wish us evil, positive thoughts can resolve the toughest of situations to produce a happy result. 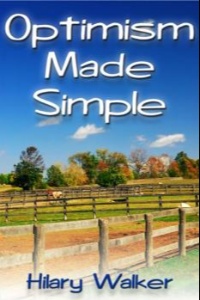 I believed with all my heart this situation would resolve itself. I refused to accept such unfairness would prevail. My resolve was tested when a second letter came from the debt collector explaining why the farmer thought I owed the money.

But I refused to give in. My response was firm but polite: I did not owe the money, once again I explained why, and that I was not going to pay it. I then continued on my path of prayer and charitable thoughts.

I never heard from either the collection agency or the farmer again. I hope he came into the money he needed by some fair means, realized he was acting unjustly towards me, and gave up on his attempts to collect money he wasn’t entitled to.

It's hard to explain this as mere ‘coincidence’ isn’t it?