After spending six months trying to hide her secret in the city of London, Leah is about to learn she isn’t alone ... but that knowledge comes with new responsibilities, and new dangers.

As Leah finds solace in her girlfriend's arms, she must find her place among the wolves of Londinium, but can she prove herself in time? 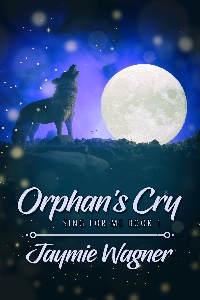 Amy guided them to a booth, and a server wearing one of the bar's t-shirts stopped by with a pair of menus. "Afternoon, boss. I thought you were taking today off?"

Amy smiled. "Oh, I still am -- just in for lunch and to make sure everything was still in one piece after the weekend."

The server snorted. "Somehow we managed. Usual for you?"

"Please," Amy agreed, "and whatever she'd like, on my tab." Then, to Leah's surprise, Amy made a not-terribly-subtle show of scooting a little closer and putting her right hand over Leah's left.

Leah gave her a sidelong look, but she wasn't complaining, really. Just a bit confused. Putting her attention back on the server, she offered a little smile. "Pint of bitter, please, and some water?"

"Oh, it's a bit of a mix," Amy grinned. "We can talk pretty freely right now, but ... why don't you try to figure it out. Remember what I said about smell?"

"I'm sure it will take time, as you recover, but there's no reason not to start trying. See what you can do."

Leah picked up one of the menus. "After I decide what to eat?"

Amy chuckled and reached for the other. "Fair enough."

Leah ended up settling on a grilled chicken salad as a good "easing in" option, while Amy ordered a hamburger and chips. She'd considered their server when she returned with their drinks, taking what she hoped was a not too horribly obvious sniff and trying to figure out if anything stood out to her.

There was something a bit ... earthy? She didn't think it was perfume. She waited for the server to head back to put in their lunch order, then took her guess.

Amy's eyes danced. "Got it in one, pup! What do you think gave it away?"

"I'll admit it was largely a guess -- but the way she smelled ... well, it just didn't seem like something fully typical of a person? I don't want to say she smelt more like a dog or anything but ..."

Amy smiled and gave an understanding nod, "But there was something a bit more to it -- I understand. That's how it works a lot of the time -- once you get more used to it you'll even be able to make a good guess about what their ranking might be or if they're another type of Were, like Ain."

A few minutes of idle conversation passed while the two of them waited for their meal and enjoyed their selected drinks. A different server stopped by to top up their water and Amy gave him a friendly smile and wave before he was off to take care of other duties, and to Leah's surprise she realized Amy was lightly stroking the side of her calf with her foot.

She'd just started to giggle about that when their meals arrived, brought out to them by none other than the cowboy himself.

"C'mon now, Annie -- playing footsies under the table? Ain't that a bit much?"

Leah blinked in surprise as, just with their first server, Amy scooted even closer and this time went so far as to wrap her arm around Leah's middle.

"I'm not on the clock, which means my feet can do whatever they want -- including finding themselves halfway up your arse, Ashley."

Was that a growl Leah heard in her girlfriend’s voice?