Out of Focus (MM)

Alex has never quite believed he's good enough. Not as a person and not as a lighting technician. He hates that however hard he tries he can’t get his boss, Luke, to like him. In the two years he’s been in the job it’s become a Thing with him and he’s got a huge crush on the man. He needs to move on for his own sanity and his career and he’s just about to accept a job at a bigger theatre when one of the volunteers he’s bedded and dumped pushes him off a ladder.

Luke likes Alex a lot and has done since the day he walked through the door of Theatre Fawr two years ago. He doesn’t date his staff though, or do casual, and Alex is the epitome of casual. So Luke keeps his distance despite Alex’s constant flirting.

Will Alex’s injury give Alex and Luke the push they need to open up to each other? Or will Luke’s inadvertent discovery that Alex has a secret job offer push them further apart? 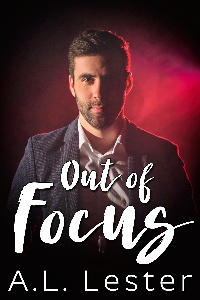 Out of Focus (MM)

Luke was furious. Bloody furious. His theatre. His crew. Alex.

He’d got back after a leisurely look round a potential new supplier of scissor-lifts and harnesses followed by a pub lunch with the business owner to find the theatre in uproar. Alex had tipped over on the zargees ... which was bloody ironic given it was the approaching new height restrictions about using ladders to rig that had sent Luke on his errand.

He’d gone straight to the hospital and found Alex about to check himself out against the doctor’s advice. Bloody Alex, as well.

Alex had been a thorn in his side since he’d started in post two years ago. It was a tiny theatre and the chief technician was responsible for anything with a plug on it as well as showing the film programme and doing the lighting and sound for shows. They’d done a panel interview and Luke, a couple of members of the board and Lacey the theatre manager had seen half a dozen people. Alex had come out head and shoulders above the rest.

He’d walked in on his first proper day on the job and looked at Luke from underneath his ridiculously long eyelashes and smiled and said something perfectly professional that Luke hadn’t heard, because he was gone. Gone, gone, gone. His heart had given a big thump, he’d flushed from his chest to his hairline and he’d taken an actual physical step back because otherwise he’d have done something stupid.

It was a small industry.

Luke had seen whole companies explode because people fell into bed with each other and the detonation when they fell out of bed again meant they couldn’t work together. He’d been at Theatr Fach for a long time now and although there were no actual rules against it, his personal tenet was to keep his professional relationships professional.

So he let Alex’s good natured flirting roll over him, he didn’t respond like he wanted to and he never, ever commented or ribbed him like the others did about his latest conquest. It was worse because strictly speaking he was Alex’s boss. He tried very hard not to be the older creep who letched on his staff.

Newsflash. In this case he did not always succeed.

It made him feel uncomfortable and itchy inside his own skin. Alex was a funny guy. He worked hard, he was good at his job. He charmed passing crew and volunteers into bed and out again with no drama before or after. He’d be gone in two or three years ... he was the sort of person who saw Theatr Fach as a stepping stone to something bigger and more challenging.

All Luke had to do was hold on to that thought and not smile back.

He’d thoroughly fucked that up in the last twenty-four hours, hadn’t he? It was his job to go and see what was going on at the hospital. And he supposed he could argue it was his job to stay with Alex overnight if no-one else could, if the stupid arse wouldn't stay in hospital like he should have.

It wasn’t his job to mostly fail to sleep in the armchair in the corner of the man’s bedroom and creepily watch over him all night. Or was it? Was that on the right side of the line? Fuck it, who knew any more.