Mitchell Tanner, an ex-convict struggling to get his life back on track hasn't faced his family in year. Not since his conviction, not since his move to Indiana, not since moving in with his half-sister. When he attends an uncles' funeral in Tampa, old hurts come back to slap him in the face. Take a journey to a tropical paradise ... where sometimes paradise is just an illusion.

This story was a finalist for the 2010 Florida Review's Editor Choice Award and an Honorable Mention at the 2007 Writers in Paradise competition. It appears in the author's print collection, Out of Joint and Other Stories. 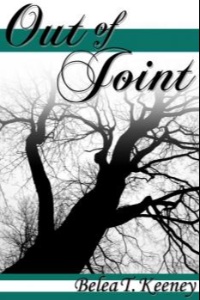 Mitchell Tanner steered his twelve-year-old Altima into the funeral home parking lot, found a spot beneath a dying magnolia tree, and lit a joint. His frayed shirt sleeves pulled back to reveal barbed wire tattoos curled around each wrist. He left the lugging engine on and ran the AC against a Tampa October that pressed down solid as a slab.

In his rearview mirror, groups of people quick-stepped over steaming asphalt. The rain had made his final miles down from Indiana a maddening octopus of slow traffic, back-tracking, three fender-benders, and one street closed because of a sinkhole. Tampa’s northern outskirts had mutated into a clean, shiny exitworld suburbia of Wal-Marts and Starbucks and McDonald’s. But the city’s inner core along Florida Avenue was the same. Peeling paint in vivid shades of turquoise, mustard, and tangerine flaked off shotgun bungalows. Black burglar bars guarded every window; a half dozen kids screamed in yards; old men on front porches smoked home-grown.

On the street corners lurked the young men: black, Hispanic, mixed, not a blond in sight. Bandanas on their heads, gold grills on their teeth, and cell phones in their hands. Tanner let his gaze drift over them, their chests puffed in their muscle tees. They glared at him as he drove through his old neighborhood, and Tanner wondered if he knew any of them from before.

Probably not. Five years in Raiford and three years in Indiana had wiped away Tanner’s Tampa. These guys were in elementary school when he was last arrested.

Tanner crushed out the joint. He grabbed a pack of Big Red gum from the eight in the center console and stepped into wet air. Sweat popped on his neck and chest. He spent a few seconds struggling with the three-sizes-too-small sports jacket his sister had lent him. “Tim won’t care. He left it here so it’s mine now.” The navy polyester was darker than his best-kept khakis; it was no suit but it would have to do.

He tugged down his shirt sleeves, trying to cover the prison-blue tattoos. Tanner wasn’t sure about his shirt collar; should he leave it open or button it all the way up even though he had no tie? He glanced at the people filing into the funeral home. All the other men wore ties.

The shirt collar was too tight around his neck; his hours on the weight bench had sculpted his body. He unbuttoned the collar and walked inside.