Tennessee, 1862. Fifteen-year-old Elizabeth Edwards hates her personal slave, Anna. Elizabeth has never given much thought to the plight of the slaves on her father's plantation; instead, she focuses on pretty dresses and horses, and dreams of the young man she wants to marry.

But Elizabeth's world collapses when she is told she must marry her cousin to keep the plantation in the family. Elizabeth takes out her anger on Anna, who finally snaps and reveals that Elizabeth and she have the same father. Anna is brutally whipped the next day, and Elizabeth is horrified. When she tries to confide in her mother, she finds her secretly kissing Elizabeth's tutor.

Elizabeth now feels she has nothing and nobody. She changes her attitude about Anna and asks her to run away with her. They are overheard by two stable hands, Fred and Sam, who have heard of a safe house on the Underground Railroad. The four of them set off, planning to reach Canada.

Will they all make it to Canada alive? Does Anna truly forgive Elizabeth, or is she just using her? Is it possible to find love on the run? 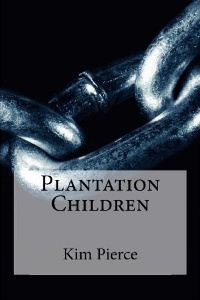 After a particularly dismal morning of lessons at which Henry is absent, I go upstairs and debate on whether to saddle up Daisy or wait to see if Henry comes over. I toss a scarf on the floor on purpose on the way to my balcony so Anna will have to pick it up. She does so without a word.

And then she says, "Have you read the book Missus wanted you to read?"

I stop opening my French doors half-way and turn in surprise. "What?" It's the first time Anna has spoken to me since her insolence when I was in tears.

Anna holds out the book from my dressing table.

I smirk. "What do you care? You can't read." Then I laugh, just to see if she gets angry.

Something sparks in Anna's eyes. I stop laughing, confused. I have never seen her look that way before. It's unnerving. For some reason, it's familiar, too.

I shrug and walk onto my balcony. The sun warms my face, and I can see fields on the horizon dotted with dark figures in the fields. "I hope Henry comes soon so I don't have to spend my whole day with a stupid slave."

No response. I turn again. Anna stands in the balcony entrance, her eyes squinted.

I smile. "You can't read, you're not allowed, and you couldn't even learn if someone tried to teach you." I don't know why I feel like goading her today, but for some reason the temptation is delicious and irresistible. No matter what I do, she's not allowed to retaliate, even with a word. And she never, ever does.

But I want her to react, and the fact that she won't is suddenly infuriating. I step closer to her. "I don't want you here; I don't need a slave. Get away from me!"

Anna crosses her arms and says nothing. But something in her face is different than usual, so I walk inside and grab the book, shoving it into her arms.

"I command you to read to me," I say. "You have to do what I tell you or you'll be punished. I shall make sure of that." I don't know why my chest heaves or my throat chokes up. But it does and I can't stop it. If I can't make Anna show emotion any other way, then I will shame it out of her.

Anna's eyes flame again and she snarls: "Narrative of the Life of Frederick Douglass."

I chuckle. "I've never heard of such a book, but for someone who can't read you made a good guess. What's on the first page?"

But now Anna doesn't answer. Her eyes are wide.

My heartbeat quickens and I snatch the book from her hand.

"Who told you the title of this book?" I whisper.

Anna's eyes go back to their normal size. "Mr. Williams, Miss. He told you the day he gave it to you. Don't you remember?"

"No, I wasn't paying attention." And then I frown. "And neither were you; you were looking outside like you always do."

For a second Anna's eyes glint, but then her expression goes blank again. She shrugs. "I must have heard anyway."

I throw the book into a corner. "I don't want to read this stupid thing. Be lucky you don't know how."

Anna's mouth twitches and now her eyes smolder. Again I'm unnerved by something. I want to strike her and don't know why.

"Say it, Anna. Whatever it is you want to tell me, just say it," I whisper. "I hate you. I have to spend every single moment of every single day with you. I never asked for this."

"Neither did I!" Anna spits. And then she claps a hand over her mouth.

I walk into the middle of my room and circle my slave, and she stands perfectly still. I think of the day her mother tore off the dress she wore on my sixth birthday. I open my wardrobe with an evil grin and take the dress out, buried in the back. I loved it so much I couldn't bear to part with it.

"Look," I say. "This dress was made for me. And you weren't allowed to wear it because you're a slave and you're not good enough for it."

To my shock, Anna's eyes swim with water. "My mother made that dress," she says.

This surprises me. "She did? I never knew that." Then something becomes clear. "Hannah told you to wear this when she made it so she would know if it would fit me, didn't she?"

Anna closes her eyes, and I know I have finally got her. I drop the dress and circle her once more.

"Your mammy, who you rarely see, suddenly spends time with you, making the most beautiful dress, and allowing you to wear it every day. And then, after she is finished, she gives the dress away. To me. The girl who she raised instead of her real daughter."

Anna grits her teeth and glares at the floor. Triumph swells in my soul.

"Did you think that dress was for you?" I ask. "Did you think you were finally going to get something to replace that ridiculous brown sack you had to wear? I guess you and I both had to learn the hard way. White girls wear pretty dresses; slave girls cannot. White girls learn how to read and inherit plantations from their father." I smirk. "You don't even know who your father is."

Anna glares at me with the most hatred I've ever seen on a face in my life. "Master is my father!"

I gasp and, without even thinking about it, shove Anna backwards into the wall. "Liar!" I push her again and again and reach up to smack her face.

Anna does nothing, her body limp like a rag doll. This enrages me further and I tear her clothes and pull her hair. As if it weren't impudent enough for her to pretend she could read, claiming that my papa is somehow her father is too much.

Anna continues to do nothing, not even cry out. I stop my attack and shriek: "Why won't you fight back?"

Anna looks at me with glazed eyes and says: "I do not wish to die."