When Mike deCosta arrives in Honolulu in search of his missing brother, Luca, his own life is a mess. His ex-boyfriend still has a hold on him, and Luca seems to have made the same mistakes with his abusive ex-lover, Greg. Not only did Luca take Greg back into his life but moved to Honolulu with him in search of Greg’s dreams. And now, Luca’s been gone for four days and it was the couple’s crazy, drug-addled landlady who reported him missing. Not Greg. And now, Greg has vanished, too.

Keanu Māhoe is a private investigator and former cop whose specialty is tracing people who’ve come from the mainland and slipped through the cracks of Hawaiian society. He’s immediately attracted to Mike when they meet on the flight from Los Angeles, and the man’s haunting sadness makes Keanu want to reach out and help him. Keanu wants to show Mike the aloha way of life, the value of rainy days and Mondays...the other side of paradise. 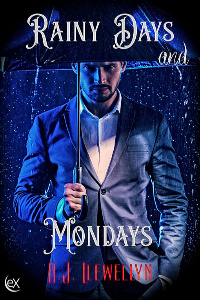 Outside, Maya marched toward Mike’s car. “We won’t take a final tally for the GPS. We’ll add it to your bill when you return it.”

Of course you will.

At the vehicle, she took the keys from him, let herself inside, then switched on the interior light. She unpacked the GPS system from its box.

“I’ll put the instructions in the glove compartment.” She leaned across, popped it open and a ton of papers fell out of it.

“Unlock the passenger door. I’ll pick them up,” he said.

Maya pressed the button for the universal lock. He climbed in beside her, trying to follow her rapid instructions as he gathered the papers that clearly belonged to the previous renter.

“This is your rental agreement,” she said, when he handed her the pile.

“No, mine’s on the dashboard.” He pointed to it.

“De Costa,” she enunciated as though he were very stupid. She pointed at it with an artificial fingernail painted to look like leopard spots. He could imagine her clawing him within an inch of his life.

He stared at the name. No. It couldn’t be. Luciano De Costa. He scanned the rest of the document. His brother had rented this very same vehicle five days ago. Mike almost wept when he saw Luca’s scrawled signature. He had used his California driver’s license to secure the same eight-dollar-a-day deal Mike had.

I had no idea he even used this rental car company.

“This isn’t mine,” he said. “I can’t believe it. My brother rented this car.”

Maya scrunched up her nose. “Really?” She grabbed the page from him. “Oh, God. This is the guy who never brought the damned car back.” She swiveled her gaze in Mike’s direction, a look of concern on her face. “We had to get this towed off the Old Pali Road when he wouldn’t return our calls.”

“When did you get the car back?”

“This afternoon.” She gave him a fish-eyed look. “I hope you’re going to be more reliable.”

She couldn’t have known his brother had disappeared, so he let the comment slide.

“Guess the guys didn’t have time to clean the car properly.” She reached out to brush some dust off the dash.

“Don’t!” he yelled, making her jump. “Don’t touch anything else!”

He stretched his arm across her, as she stared at him, a stricken expression on her face. “What? What is it?”

His cell phone rang. He checked the readout. Liam again. He debated taking the call. He didn’t want to talk to him, but what if Luca had called him in distress?