Only three days away from Christmas dinner, Zachariah is faced with the prospect of having to face not only his parents but his most recent ex-boyfriend. In an attempt to make the dinner more manageable, Zack goes to find Björn, a friend he has not seen in ten years, to make him a surprising proposition.

Deep in the woods, where Björn has settled in to work as a forest ranger, Zack pleads for help in the form of a fake relationship. Even after not speaking for a decade, it is obvious Björn is willing to help out an old friend and they make arrangements to go back to the city and attend the dinner party.

The years have left their mark, but as Zack and Björn put aside the hurt from their last encounter, their relationship begins to change. Just in time for the dinner party, the two present an allied front against Zack’s ex-boyfriend and difficult father. The evening draws to a close after a disastrous meeting with both men from Zack’s past. Can Björn and Zack heal their past wounds and make it through the dreaded dinner? 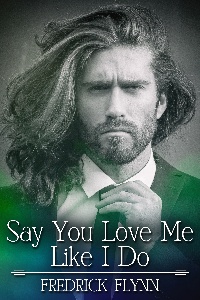 “We’ll stay at my apartment, of course. We’ll need to find you some clothes appropriate for the dinner, too.”

“What’s wrong with my clothes?” Björn asked, now looking at him.

“They look like you’ve worn them to your ... your annual bear-wrestling competitions.”

“Fine.” Björn relented and went to the kitchen. He stopped when he saw a covered plate on the table.

“Heat it up if you want,” Zack said, coming in behind him. “I made it not fifteen minutes ago. Let me make you something to drink. Tea? Yes, I know, no sugar.”

It took Björn a few moments to finally heat up the plate. All the while, he couldn’t look away from Zack. “You didn’t have to.”

“Didn’t have to do what, exactly?” Zack asked, passing him a mug.

Björn hummed and took a sip. “Make anything. Cook for me. Make me tea. Pick whichever you like.”

Zack shook his head and poured some hot water on another mug for himself. “I don’t do it because I have to, Björn. It’s just ... nice.”

Zack turned away from him, feigning interest in the snowy landscape outside their window. When he spoke his voice was soft, tender. “I shouldn’t want to.”

“Zack ...” Björn set the mug down and hummed, trying to order his thoughts. The oven pinged and he took his food out, placed it on the table but did not sit.

“I kept thinking you’d come back,” Zack said, his breath fogging up the window. “I waited for you, you know? How was I meant to know you were gone for good?”

Björn inhaled sharply, as though he’d been stabbed. “I shouldn’t have gone like that.”

“No,” Zack agreed. “No, you shouldn’t have. You could have left a note, sent a text, anything. Fuck, Björn, you could have at least returned the keys. I would have known you were gone for good then.”

Björn glanced away, focused on the imperfections of the wood panels by the door. “I shouldn’t have disappeared like that, I know.”

Those last few words sliced the air between them and stabbed at the tender core of Björn’s being. He recoiled, as though he’d received a physical blow and was absorbing it. He hummed and pressed his palms to his face, trying to breathe deeply.

“Well, we’ve established that.” Zack offered him a playful smile, a respite from the tension enveloping them both.