When an alien prison transport crashes on Earth, Leicho is the only surviving guard, and the only thing standing between the oblivious human population and other survivors who would prey on them. The single dad and little girl who pick her up off the side of the road are about to get their lives turned inside out. 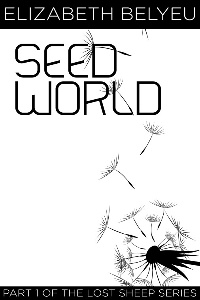 Crackling flame and the smell of smoke; for a moment Leicho thought she was at her mother’s hearth on a winter morning. Time to milk the sheep.

No, the smoke smelled wrong. And her head hurt. Everything hurt. Leicho felt gritty rubble under her hands, and remembered. The transport had crashed.

Terror dragged her up through the fog of unconsciousness, and she sat up as quickly as she dared, everything spinning around her. They had crashed. On a seed world. This was surely the HWA’s ultimate nightmare, for a prison transport to crash on a seed world.

Her surroundings settled into a landscape of twisted metal, scattered fires against a night sky. It had been midday aboard the ship, which wasn’t helping her disorientation. The wrecked transport seemed somehow both larger and smaller than it ought to be, stretched out around her. Beyond it lay only dense blackness, no clues about the nature of this world. A few emergency lights glowed through gaping tears in the hull -- one flickered out as she watched. The wrong-smelling fires were spreading.

Lord and Lady, is anyone else alive?

Leicho felt her face, her head and arms, with trembling hands. Blood from the head injury soaked her short thatch of white hair, streamed down her face and neck. Everything hurt. A jagged piece of bulkhead had her pinned in place by the torso and right leg, but she didn’t think anything was broken. She had to get free before the fires got to her. She had to help the other survivors. If there were any...

She shoved at the bulkhead pinning her down, and tried to twist out from under it. A mistake, she realized as the wreckage shifted beneath her; for a horrible moment she was falling, unable to keep from crying out, but then metal clanged hard against metal, and she stabilized again -- suspended now over a vast chasm. She looked down into a ragged cross-section of the transport, corridors and crew quarters and cells, torn open like bread.

A shower of sparks caught her eye on the other side of the chasm, briefly illuminating golden hair and a guard’s uniform. Reill! They’d been walking together to their duty station when this happened, hadn’t they? Her mind was still foggy...

“Reill! Are you all right? Can you hear me? Reill, wake up! Can you help me?”

More sparks, and Leicho’s breath caught. No, Reill couldn’t help her, and he wouldn’t be waking up. Not with his body folded and twisted around like that.

But of course he could. She closed her eyes, arms aching with the strain of holding herself up over the chasm, and whispered a prayer for the dead.

She was interrupted by a sound of movement. A slithering, dragging sound, slow and unsteady. Another survivor!

The words died in her throat as the survivor hauled himself into view -- just a dark shape against the dark sky, but she knew him. Everyone on the ship knew this one.

“Hello, Summer Blossom,” she said, keeping her voice calm. “I’m glad to see you’re okay. Can you help me get free?”

The only reply was the rattle of leaves and seed-pods that passed as Summer Blossom’s laughter.