Is there any sentient life on Yerak or Isal?

In the distant future there are only three habitable planets, Laasp, Yerak, and Isal. All the rest are covered by ice because nearby stars have cooled off or gone supernova. Only two spacecrafts, both on Laasp, are designed to travel in deep space. Both vessels must leave this planet soon. If they don’t gamma rays are going to kill both ships’ crew. 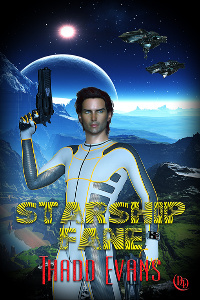 I sat with my adrenaline pumping, worried about the future. In the last several hundred years, many stars had cooled off. At the same time, the surface temperature of nearby planets had dropped below zero. As a result, trillions of humans, Aito, and members of other races had perished. Although scientists on these planets had told millions of leaders to build galactic vessels, ones that would transport residents to warmer planets, only about eight thousand leaders paid attention.

Without warning, my contact lenses beeped, indicating that somebody was calling me. Dr. Hume, the head of a team of scientists named the National Association of Astronomers—NAA—appeared in them. He was frowning.

“Captain Adam Fiirs, you have a new assignment. You will be the pilot of the new Starship Fane, a craft that will leave soon. Three members of the NAA team liked your resume because you along with your crew landed the spacecraft Leenad on the Wen Et space station without any problems, the only pilot who has ever done that.”

“At any rate, NAA astronomers have recently spotted two habitable planets, Yerak and Isal. Unfortunately both are light years away, so far from us that it’s impossible to determine what specific life forms are on them.

“The Lergo, a new starship with two thousand passengers, will leave tonight bound for Yerak. Yours, the Fane, a much smaller craft, will leave not long after Lergo departs.” He paused.

I nodded, sweating. According to a recent newspaper headline, gamma rays would strike our planet Laasp in the near future, slaughtering billions of people on all three of its continents, Yerr, Laz, and Toha along with both of its largest islands, Fot and Ry. “Talk to as many potential crew as possible. Tell us if you think they’re qualified. Since there isn’t much time and HR staff are busy, a PSR will pick the rest.”

My mind sped up, trying to anticipate how many problems would pop up before Fane left. Would personnel selection robots—PSR—pick the best employees?

Hume stood, glowering. “If you have any questions, contact me. I have to attend a meeting with President Gravin in a few minutes.”

I offered a forced grin while he rushed off. Text along with a 3D hologram of Eaaga, her co-pilot, and an Aito woman with blue skin appeared in my lenses. According to the text, when Eaaga was a teenager, she discovered math on a website. In three months she used differential calculus to design two types of shaping-shifting shuttles. She received straight A’s in high school.

Several months after graduating, Intra Corporation hired her and she—along with her co-pilot—began operating the Gull, an eighty-foot-long spacecraft that transported spectrometers, food and medical supplies to and from Barmo, Zaol, and Lyen—Laasp’s three moons. They did this for five years. Four months after reaching Zaol, Eaaga figured out how to use nonlinear equations along with four software applications to create better routes between all three moons.

I sent her an email, telling this potential colleague my desire to interview her in person for this job. A 3D hologram of her came out of the background. “I’m ready. Come right over.”

I entered the Gull’s cockpit. It took off. Eaaga sat in front of me, her brow tight in concentration. She shoved her hand through a holographic screen.

I sat. “Have you read all of the job’s requirements?”

She glared at me. “Of course. I feel that I’m more qualified for this position than anybody else.”

I looked out the window while the ship zoomed over a twenty-thousand-foot- high mountain. As my adrenaline pumped, the craft went between two galactic personnel transporters, decelerated and docked on a planetary equipment carrier. “How many types of spacecraft have you piloted?”

“Eight. I just sent videos about this to you,” she blurted.

In my lenses, the Sorm, a fifty-foot-long reconnaissance vessel, resembling a bullet, flew into a moon’s crater and landed.

“My assistant will send you an email regarding that question in a few minutes.” As I departed, the resumé of a potential crewmate named, Reoda, scrolled through my lenses. She was a female human with a Bachelor’s degree in galactic mapmaking, a Master’s in data analysis and a doctorate in astrophysics. Reoda was a navigator on eight galactic freighters that transported medical equipment and other goods to and from Barmo, Zaol, and Iyen.

The personnel carrier, Yoon, docked inside Space Station Glaan’s largest hangar. I climbed out, walked to a cafe and sat at a table.

Reoda glowered from the opposite side of the table. “You’re late.”

I winced. “Sorry. There was a lot of traffic.”

I shook my head, irritated.

“According to my records, Fane hasn’t been thoroughly tested in deep space. Is that correct?”

I leaned back, put off by her lousy attitude. “That is correct.”

She banged her fist on the table. “As far as I’m concerned, this is a suicide mission.”

I bit my lip, frustrated.

She glared at me. “Is there another ship available? One that has been field tested more thoroughly?”

“Then forget about it. Find somebody else.” She rose and stomped off.

My mind sped up, trying to figure out what I would do if the other potential candidates rejected my offer.