Tales of the Fae (FF)

A trio of tales about magic, faeries, and women falling in love.

Hearts in Motion is the tale of a shy yeti shifter who prefers to keep to herself, and the faerie artist who coaxes her out.

Ode to the Forest Fae is about a forest faerie who's woken up by a song, and intrigued by the stuttering girl singing it.

The Fae by the Lake tells about a photographer who takes a tumble into a lake, and the intriguing creature who saves her life. 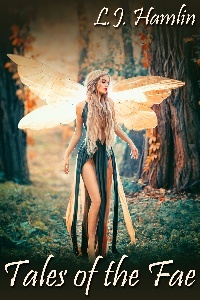 Tales of the Fae (FF)

Walking into the gallery, brightly lit with amazing art on the walls, Alice is almost glad she came. She can be a little bit of a hermit, and she likes her cabin in the woods. But her best friend, Bastian, had convinced her she would love this art show. Alice has always had a love for art.

"So who are we here to see, again?" Alice asks.

"An artist who draws nudes in nature. They're a fairy," Bastian says casually.

Alice feels like she's been hit in the stomach. "What? Bastian, I never thought I'd hear you call a gay person that," Alice says, shaking.

Alice had been friends with Bastian since elementary school. He stuck by her through the few hard times and was the cause of a lot of the good times, which was why thinking he'd used a gay slur had made her feel sick. Bastian was the first person she had come out to as a lesbian, and he'd never been mean about it before.

"Oh, no. No, I'm sorry. She's a fairy, Alice. A real fairy, like I'm a real kitsune," Bastian explains, looking horrified at the confusion caused by his words.

"She's one of the fae?" Alice asks, relieved. She herself is a shifter, but she's never met a fairy. Their small town by the forest attracts a lot of supernatural beings due to the energy of the forest, and they've made a safe community here, but Alice doesn't come into town much. She's sure otherwise she'd notice a fairy. Their kind are beautiful, often powerful, and not to be messed with.

"Yes. Let me show you some of her art and then maybe introduce you," Bastian suggests. He still looks a little sheepish.

"You know her?" Alice asks, following Bastian deeper into the rooms.

"Did I not tell you? I've talked with her a few times."

"You definitely didn't tell me," Alice says, but forgets why it matters as they come to another painting. She stops in her tracks.

The painting is beautiful. It depicts a black woman lying nude in a bed of red flowers, petals all over her skin, the long lines of her arms and the curve of her hip all perfectly captured.

"Yes. Her style is amazing. The woman looks alive and the flowers real." Alice isn't an art expert, but she can recognise skill when she sees it, and this artist is highly skilled.

"This is why I spoke to her. I'm buying this piece. It's mine after the show," Bastian explains.

"It'll look amazing in your home. Maybe I'll buy something, too. Can we look at the rest?" Slice asks.

They move from beautiful painting to beautiful painting, some depicting women, other men, some androgynous figures, some leaving gender up to interpretation. It's clear the artist doesn't have a gender she won't capture in her work.

Alice is gazing at a red-headed woman entwined with vines when she feels someone beside her, and she glances to the side and then looks again. The woman beside her is beautiful and makes Alice, with her brown braids and grey eyes and simple clothes, feel plain.

This woman's long, flowing hair is pink, starting out a dark magenta at the roots and changing shade every few inches, getting lighter till it ends in a pale, cotton candy pink. Her eyes are a clear blue, her skin like porcelain, and she has a pair of gossamer wings growing out of her back, poking through slits in her simple but stunning forest-green dress.

"Lily, so good to see you," Bastian says happily. He reaches past Alice and shakes Lily's hand. His skin is a few shades darker than Alice's skin from her Jewish heritage, and next to Lily, Bastian's skin looks even darker, and the fairy's skin seems to glow white.

"Hello, Bastian. Who is your beautiful friend?" Lily asks, and Alice startles. She's no troll and has gotten attention from women before -- and dated several in her thirty years -- but Lily is gorgeous. And given how stunning all the subjects of her paintings are, it's hard to believe she'd see Alice as beautiful.

"This is my very best friend, Alice. I'm sure she'll be too shy to say, but she loves your art," Bastian says, nudging Alice in the ribs.

"Hello. Yes, it's my first time seeing it, but I'm very impressed." Alice manages to get her words out without sounding too much like a nervous child asking out their first sweetheart.

"Thank you, Alice," Lily says, offering her hand, and Alice takes it. She doesn't think she imagines the sparks she feels.

"I would like to draw you sometime," Lily says in a soft lilting voice. It's like music.

"What, me? And like that?" Alice says looking to the perfect curvy redhead with a hand over her groin and arm over her breasts.

"If you're not comfortable with nudity, we can work up to that. I'd be honoured to draw you," Lily says with a warm smile.

"Now that's an offer you don't get every day," Bastian says with a smirk. He can be such a schoolboy at times.

"Why don't you go get us some drinks from the bar, Bastian. Lily, what would you like?" Alice asks. She loves Bastian like a brother, but she's keen to get rid of him for a few moments. 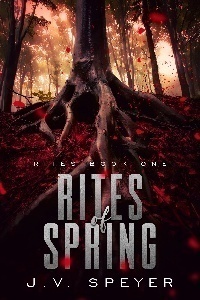