Jenna Kitchener is a hard-working scientist harvesting minerals from the planet Jonquil to make batteries for human and alien alike. She’s also a trans woman, still dealing with the ripple effect from her family’s exile.

When a member of her crew badmouths her behind her back, she confronts what she always suspected: in spite of her hard work and perseverance, her past will always come back to haunt her. She drinks her sorrows away in a bar on Asteroid 7, a rest stop non-planet before another mission in the morning, and instead of the bottom of a cocktail, she meets Davis Camden, a stunning man with a sharp smile, quick wit, and a key to the city.

Davis manages to cheer Jenna up by taking her to an underground fighting ring, which turns out to be the alien race's equivalent to Mardi Gras. Now in the middle of a party that will go on for three days, Jenna embraces the change. When her crew ditches her, she realizes she must now make a choice: fight for her right to be respected as a scientist, or run away with a new man and begin her life all over again. 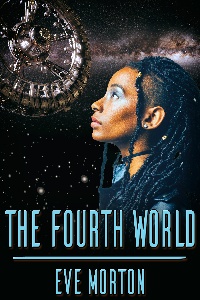 "Welcome to my humble abode," Davis said. He gestured to the lights. "I've remade Times Square, all in red and blue. Is that place still around?"

"Emptied out a while ago," she said, still distracted.

"Ah, well. Then my home is my memory palace. And I'd like to show you the true keys."

He linked his hands with hers and tugged her away from the living area and kitchen and towards what seemed to be his bedroom. There was no door, but a place where hinges had once been. She recognized the colour of the walls and realized the former door had now been repurposed as his kitchen table, now covered with potted vine plants and missing the knob. In his bedroom, a metal frame held a bed with lush sheets on top. The walls were clean, the floor too. The only thing that stood out other than the bed were shelves lined with ...

"Oh my God," Jenna gasped once she realized what she was looking at. Rows and rows, practically all the colours of the rainbow, of sex toys stared back at her. "Is that --?"

"You know exactly what that is."

Jenna looked down. And then she stared directly at him. "You're making a lot of assumptions about me."

"Did I assume that?"

Davis only grinned. When he sat down on the bed, it was at the end, closest in placement to the shelves and one lone window without curtains. Jenna was still in front of the shelves and shelves of toys, and her attention remained transfixed between them and Davis's intentional stare. He took off his jacket without breaking eye contact and tossed it on the floor. When he went for his shirt, he removed it in a blink. His chest was almost hairless, save for a few stray curls by his navel. His hipbones were prominent, but mostly because his pants had been hung so low on his hips. He grinned as he caught her glance down, eyeing his erection under the fabric. He put a hand over his cock beneath his clothing.

"How do you know all of what I'm thinking?" Davis asked. “Some of it is obvious, but not all actions are created equal.”

"Are you going to apologize, then?"

"You should apologize to me. Your assumptions hurt me just as much as others hurt you."

Jenna wanted to laugh. She turned away to roll her eyes, but then caught the serious glimpse on his face. He was right, wasn't he? When she’d seen his place, she’d made a snap judgement. She was assuming that he was a killer; violent; then that he was going to toy with her, literally, when he seemed like he wanted to be the one toyed with.

Jenna felt her body respond at the thought. She wanted to strip off her clothing again, this time, to do something good. She sighed and shuddered. "So what colour is your favourite?"